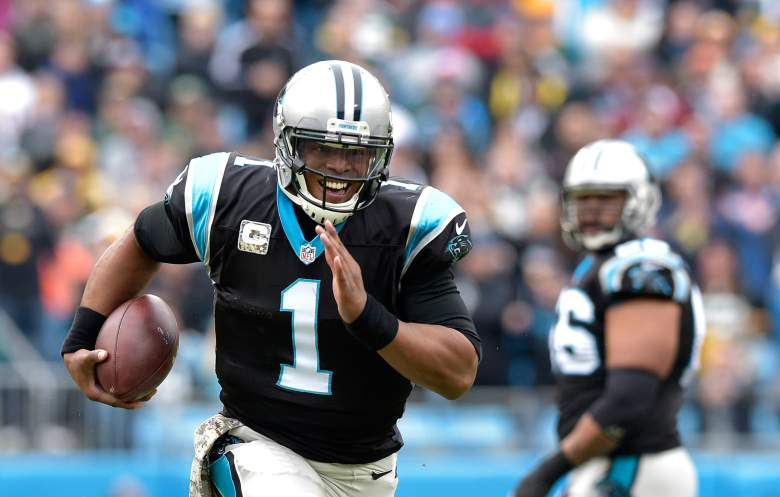 Cam Newton and the Carolina Panthers look to keep rolling with a Thanksgiving matchup against the Dallas Cowboys. (Getty)

Are the Dallas Cowboys back on track? Is Tony Romo the savior the team needs (and was expecting) now that he’s back on the field?

But one win, albeit a good one against the Miami Dolphins, does not a playoff run make and the Cowboys are going to need their best performance this Thanksgiving Day against a Carolina Panthers team that is top of the NFL heap.

This one won’t be easy. Here’s everything you need to know about the game:

Game Preview: Here’s the thing. The Dallas Cowboys offense has been the focus of (most of) its entire season this fall and for good reason. Injuries, three different quarterbacks and a serious lack of consistent production have hurt this squad during its seven-game skid.

But, this Thanksgiving, the Cowboys need to focus on defense.

The Carolina Panthers bring an NFC-best 10-0 record to Dallas on Thanksgiving Day and boast one of the most inexplicably effective offenses in the league. Before the season started, the Panthers were decimated by injuries and, even now, no one is really sure who Cam Newton is throwing all these touchdowns to.

But, fresh off a career-high five touchdown performance last week, Newton is rolling and whether or not there’s an explanation for it, the Cowboys need to find a way to slow it down.

The Cowboys passing defense has been pretty strong this year, though, ranked No. 10 in the league with 231.1 passing yards a game. Dallas has also racked up six interceptions and 19 sacks. This matchup won’t be easy, but that’s at least a good place to start building some confidence.