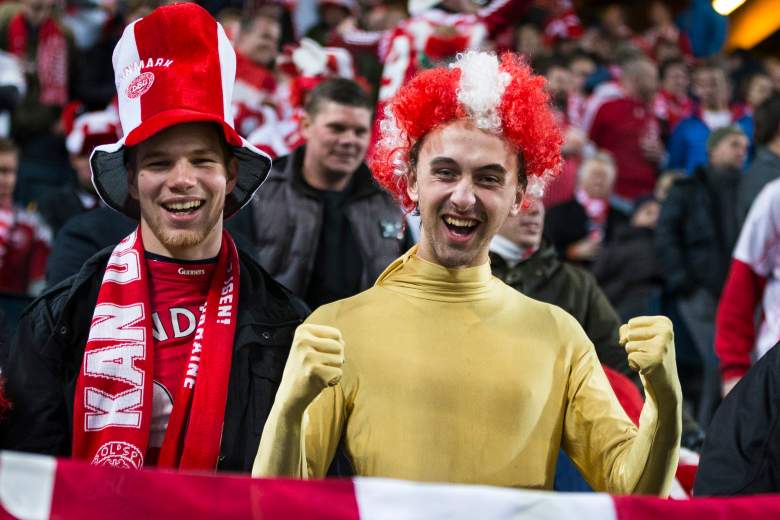 Danish fans traveled in force to Sweden for the European Championship, but watched Denmark fall 2-0 to Sweden. (Getty)

On November 14, Sweden scored twice to take a 2-0 lead over Denmark before the Danish scored what could be a pivotal away goal in the 80th minute of a 2-1 loss. The teams will play on November 17, 2015 with the final berth to the 2016 European Championship on the line. Emil Forsberg opened the scoring for Sweden before a Zlatan Ibrahimovich penalty earned the win for the home side, even with only 43% possession. Sweden and Denmark each made Euro 2012 for their last major tournament berth.

LIVE STREAM:Click here for all the live stream information.