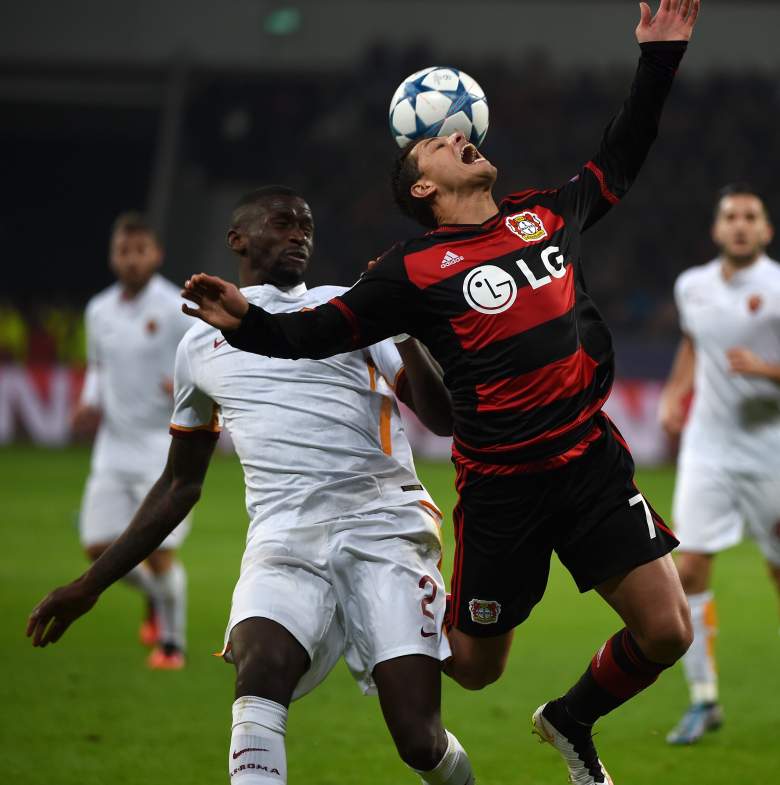 Leverkusen striker Javier Hernandez may have been frustrated on this intervention, but scored twice the last time Leverkusen faced Roma. (Getty)

On November 4, 2015, Bayer Leverkusen will travel to Stadio Olympico Rome, Italy to face AS Roma. Kickoff is scheduled for 2:45 PM Eastern time, and fans in the US can watch on ESPN2. International fans can find their broadcast here.

Bayer Leverkusen sits second in the Group E table with four points, earning a Champions League spot with a 3-0 win over Lazio in the playoff round. In the Champions League group stage, Leverkusen has beaten BATE and lost to Barcelona, with Javier Hernandez scoring three goals.

Roma has yet to win a match in the 2015-2016 Champions League, drawing against Barcelona while losing to BATE. Seven players have scored for Roma in the Champions League, who have been without captain Francesco Totti and Edin Dzeko.

The two sides played to a 4-4 draw in Germany on October 21, 2015, with Leverkusen scoring twice in the last 10 minutes to equalize. 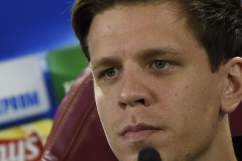