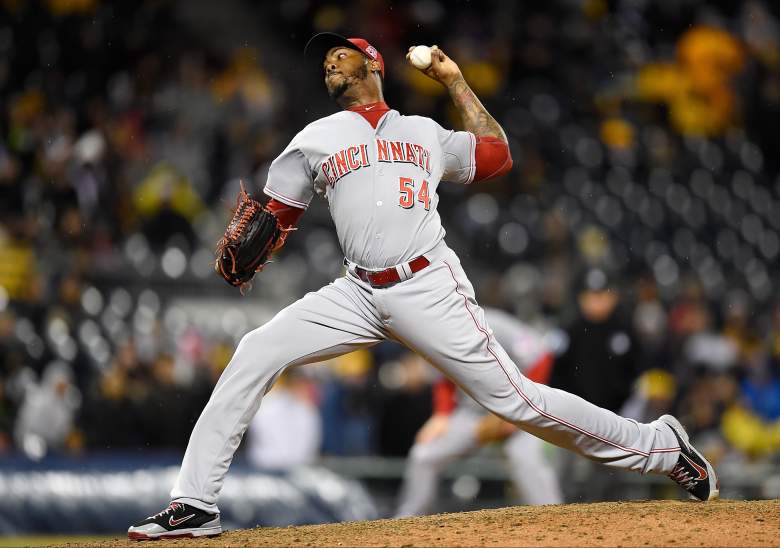 Aroldis Chapman is on his way to New York after the Yankees and Reds agreed on a deal on Monday. (Getty)

The Yankees on Monday traded for top-tier reliever Aroldis Chapman, the troubled flamethrower from the Cincinnati Reds, Jack Curry of the YESNetwork reported.

The price on Chapman appears to have dropped recently, as the Yankees gave up four minor leaguers to get him. New York shipped out RHPs Caleb Cotham and Rookie Davis and INFs Eric Jagielo and Tony Renda.

The Yankees vastly improved the backend of their bullpen in the trade, adding Chapman to the likes of Dellin Betances and Andrew Miller. In 2015, Betances, Miller and Chapman combined for 212 innings pitched with 347 strikeouts and 14.7 strikeouts per 9 innings. Chapman dominated as a closer last season for the Reds, recording a 1.63 ERA to go along with 33 saves and 116 strikeouts. Cashman has said he intends to keep the trio of Betances, Miller and Chapman intact in the bullpen, and that the closer role will be decided later, according to Curry.

The Yankees are anticipating Chapman will serve some type of suspension in 2016 over an alleged domestic violence incident that occurred earlier this year, Curry reported. Chapman allegedly fired eight gunshots into the garage door of his Miami-area home after he and an unnamed girlfriend were involved in an argument earlier in December. 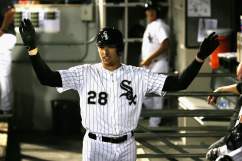 Read More
Baseball, Cincinnati Reds, MLB, New York Yankees
The Yankees on Monday traded for top-tier reliever Aroldis Chapman, the troubled flamethrower from the Cincinnati Reds, Jack Curry of the YESNetwork reported. Who was involved in the trade?