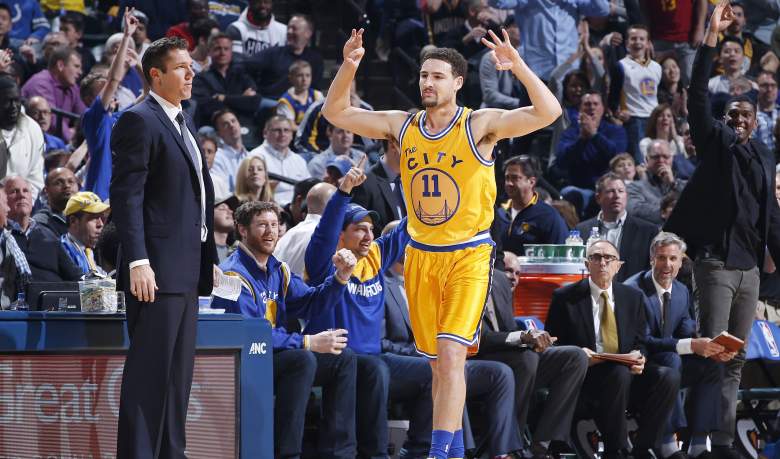 Klay Thompson hit 10 3-pointers on the night and scored a season-high 39 points. (Getty)

Klay Thompson’s Ninth and Tenth 3-Pointers on the Night

Warriors guard Klay Thompson went ballistic against the Pacers on Tuesday night, as Golden State moved to 23-0 on the season after a 131-123 win over the Pacers in Indianapolis. Watch his ninth and tenth treys on the night above.

Thompson was 10-of-16 on the night from long range, tallying 39 points on 13-of-21 shooting overall. Stephen Curry added 29 points for the Warriors.

The Warriors, the defending NBA champions, have won 27 straight dating to last season, tying the 2012-13 Heat for the second-longest streak in league history. The 1971-72 Lakers hold the record with 33 wins in a row.