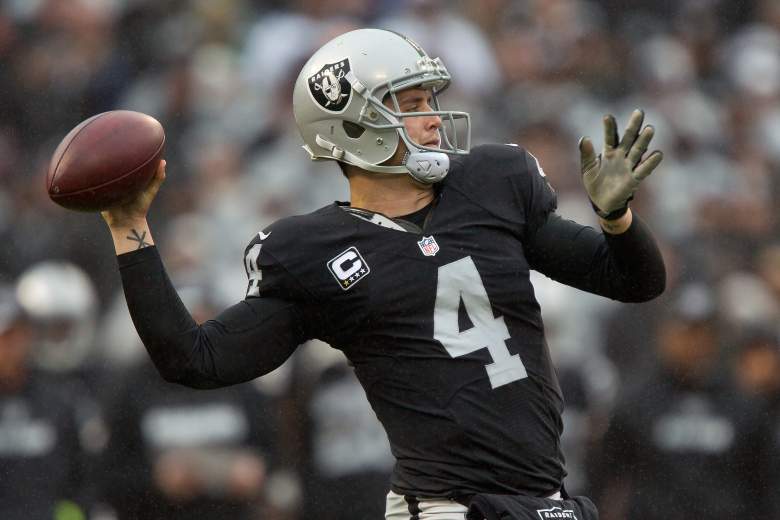 Derek Carr and the Raiders are much improved. (Getty)

The San Diego Chargers take on the Oakland Raiders in an AFC West showdown. The game kicks off at 8:25 p.m. ET on NFL Network.

Both teams are out of the playoffs but will be playing for pride in front of a national television audience. This Thursday Night Football matchup will have greater interest than normal since it falls on Christmas Eve.

Here are all the details for the Thursday Night Football game:

Line: Oakland by 6 (Line is according to OddsShark and subject to change.)

Game Preview: The matchup offers little in the way of playoff implications. The Raiders and Chargers will be playing for pride and attempt to finish the season on a high note.

The Raiders are much improved and have shown they have a young core of players that is capable of competing with any team in the league. Derek Carr, Amari Cooper and Michael Crabtree have helped provide the Raiders with a potent passing attack.

The Chargers have been plagued by injuries and will look to improve their team in the offseason.