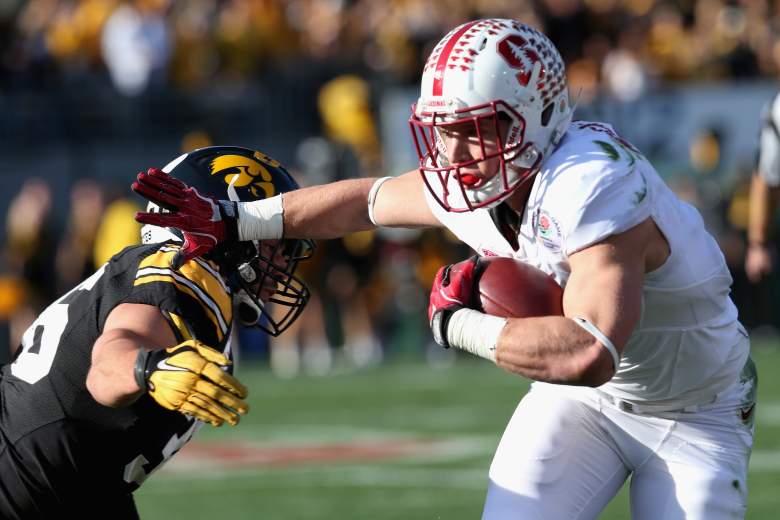 The 2016 Rose Bowl might be renamed the Christian McCaffrey Bowl. Just a few plays into the game, McCaffrey was already into the endzone.

It was a sign of things to come. McCaffrey put on a show. He had 18 carries for 172 yards. He also had 4 receptions for 105 yards and a touchdown.

He set a Rose Bowl record with 368 all-purpose yards in one game.

This is Christian McCaffrey's 6th game of the season with at least 300 all-purpose yards. No other FBS player has more than 2 this season.

Christian McCaffrey juked a man into the ground. https://t.co/NAv04Nts0J pic.twitter.com/RFGfIwQOMG

I can't remember watching a CFB player that is as complete/versatile as McCaffrey…help me out…Charles Woodson??

Here is a look at McCaffrey’s touchdown on the opening drive: