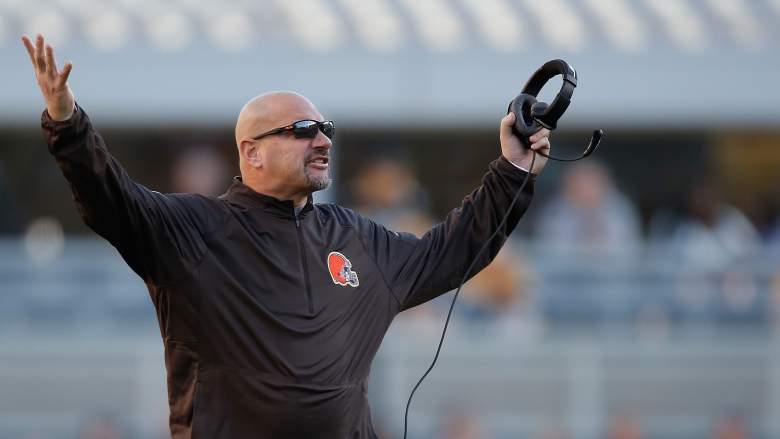 The Cleveland Browns will start the 2016 NFL season with their fourth head coach in five years.

Mike Pettine, after leading the team to a miserable 3-13 season, has been shown the door, the team announced Sunday night:

Here’s everything you need to know about the newest development: 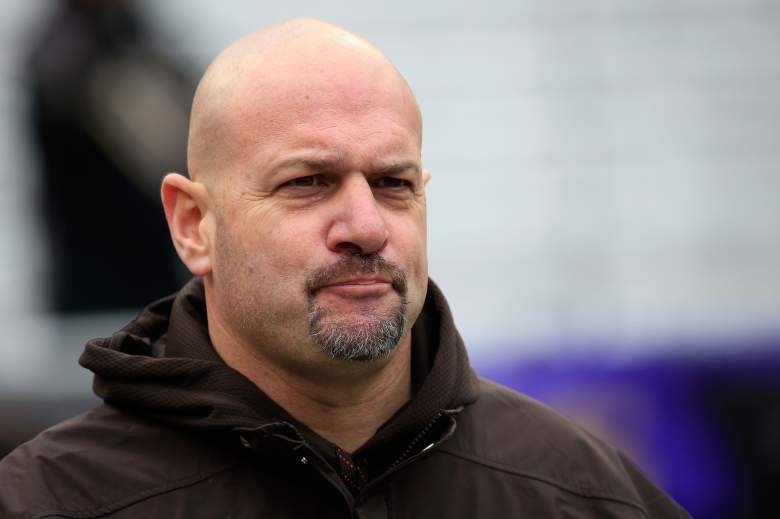 The Pettine Era started off quite well in Cleveland, as he led the Browns to a 6-3 start in 2014. Although the team lost six of its last seven games and fell out of the postseason race, the 7-9 finish was actually the franchise’s best since 2007.

That led to moderately high expectations heading into 2015, but what followed was a disastrous season. Plagued by injuries, inconsistent play and just an overall lack of talent at several positions, they went 3-13 and finished tied with the Tennessee Titans for the league’s worst record.

Overall, Pettine concludes his two-year stint in Cleveland with a 10-22 record and losses in 19 of his last 23 games. No matter what kind of personnel you have to work with, it’s tough to keep your job in the NFL with those kind of results. 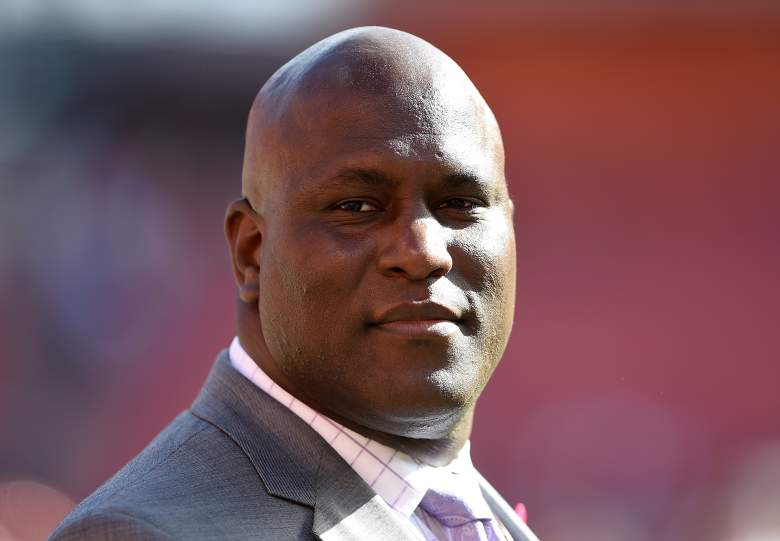 #Browns source: GM Ray Farmer met with ownership before the game & was relieved of his duties. It's over.

Can confirm #Browns GM Ray Farmer has been fired

Farmer, who was promoted from Assistant General Manager to General Manger in 2014, certainly didn’t give Pettine a lot to work with.

In 2014, he turned a pair of first-round draft picks into Justin Gilbert (No. 8 overall) and Johnny Manziel (No. 22), neither of whom have lived up to their draft status. In 2015, another first-round pick, Cam Erving (No. 19), has been a major disappointment. Danny Shelton (No. 12) has shown glimpses of stardom as a rookie, but missing pretty terribly on three of four first-round selections in a two-year span is an easy way to earn a pink slip.

Farmer didn’t help things in free agency when he attempted to to improve the pass-catching corps by not only signing wide receiver Dwayne Bowe, but giving him $9 million guaranteed. That would be the same Dwayne Bowe who has five catches for 53 yards this season.

3. Pettine Has a Strong Defensive Background 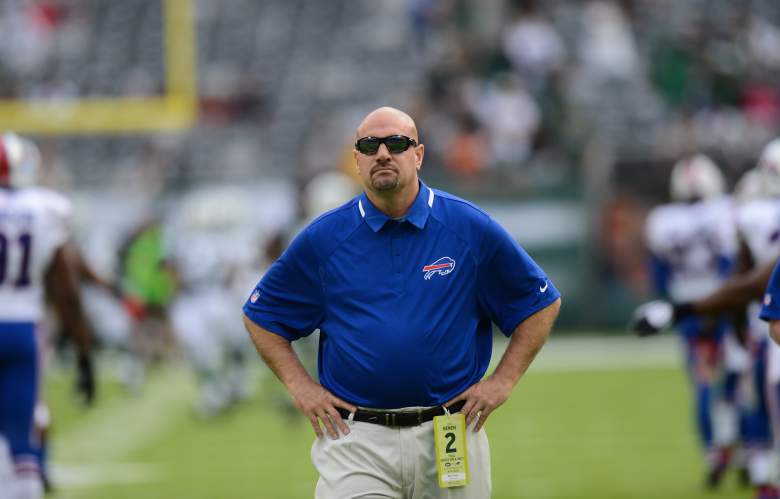 After serving as a coaching assistant, assistant defensive line coach and outside linebackers coach with the Baltimore Ravens from 2002 through 2008, Pettine joined Rex Ryan and the New York Jets as defensive coordinator.

4. His Defense Fell Apart in Cleveland 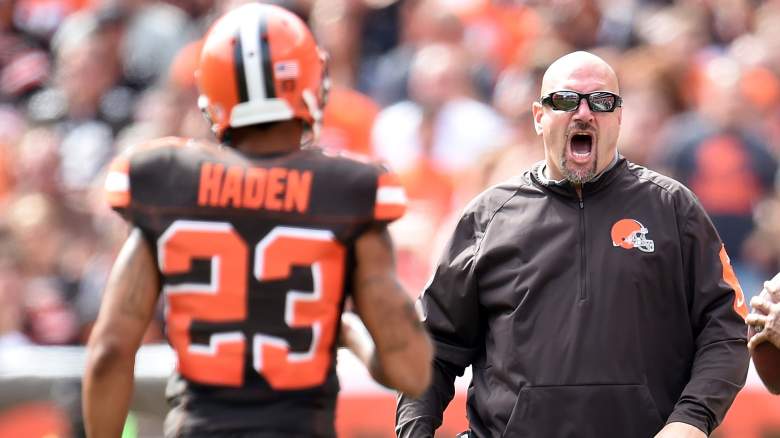 Pettine’s defensive brilliance continued into 2014–the Browns ranked ninth in scoring defense, fourth in takeaways and 11th in defensive DVOA–and was expected to be the team’s strong point in 2015.

But that was far from the case. An injury-riddled season for Joe Haden certainly didn’t help, but the Browns fell to 29th in scoring defense, 23rd in takeaways and 31st in defensive DVOA.

Still, even if Pettine doesn’t find a job as a head coach somewhere, his success with the Jets and Bills should be enough for someone to hire him as a defensive coordinator.

5. Bears Offensive Coordinator Adam Gase Has Been Mentioned as a Possible Replacement 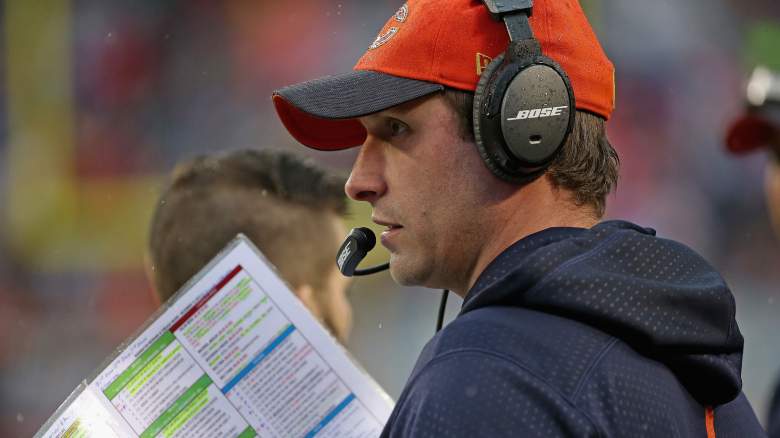 According to Cleveland.com’s Mary Kay Cabot, the Browns have already laid the groundwork for an interview with Chicago Bears offensive coordinator Adam Gase.

One of the brightest young offensive minds in the NFL, Gase helped the Broncos to some historically potent numbers in 2013 and ’14, and he helped Jay Cutler to one of his most efficient seasons (career-high adjusted yards per attempt, career-low interception percentage) this year. The Browns will have some competition, though, as the Eagles and Dolphins are rumored to also have interest in the 37-year-old.