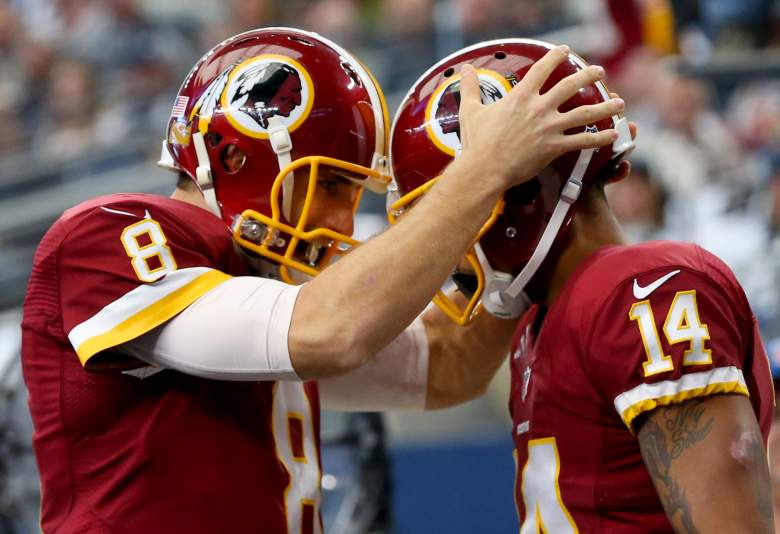 The Washington Redskins are set to host a playoff game during Wild Card weekend. (Getty)

The Washington Redskins have won four straight, Kirk Cousins is looking like one of the league’s most potent quarterbacks and, now, the playoffs are coming to town.

It won’t be easy though. Especially not with the Green Bay Packers next on the schedule.

Washington is 0-4 against teams with a winning record this season – although all of those games were on the road. In fact, when the Redskins play at home this year, they’ve been nearly unstoppable. That might be enough to inspire a bit of odds-based confidence heading into Wild Card weekend.

Here’s how the early-odds are shaping up:

Spread: The Redskins opened at -2 per RJ Bell, but the line moved to Even by Monday morning, via OddsShark

Alright Redskins fans, you are officially allowed to get excited now. And you should also probably write Kirk Cousins a note apologizing for every time you wondered if he was the right quarterback to lead your team this season.

Cousins wrapped up the regular season on Sunday afternoon with three touchdowns, completing 12 of his 15 attempts and 176 yards. He threw 20 touchdowns and just three interceptions in the past 10 games – and five of those games had at least three scoring passes.

It’s not just Cousins, however. The entire Redskins offense is clicking. Veterans like DeSean Jackson, Pierre Garcon and tight end Jordan Reed have all started to find their receiving rhythm and while there are some issues with the ground game, the aerial attack has been enough; so far.

On the flip side, the Packers come into the postseason with a bit of a metaphorical limp.

Green Bay dropped its regular-season finale on Sunday night to the Minnesota Vikings, losing the NFC North along the way. It was also the first time since 1968 the Packers had been swept at home by divisional opponents since 1968.

Packers swept at Lambeau Field by the NFC North this season. Unreal.

Of course, there’s something to be said for a team playing angry, particularly in the postseason, but Green Bay may need a bit more than that. And if Washington’s defense can hold strong, the Redskins could keep their season alive.