With a little help from Ryan Fitzpatrick, the Pittsburgh Steelers have snuck into the AFC Playoffs. A win over Cleveland, coupled with a Jets loss in Buffalo, has let the Steelers leapfrog New York in the standings.

Things got dicey after last week’s loss to the Ravens, but the Steelers can breath easy now. Their goal was to make the playoffs, and now they’re in. Whoever is matched up against Pittsburgh will have to find a way to slow down Antonio Brown, something no team has done this season.

After an afternoon of celebreations, it’s back to business. The Steelers have drawn the Bengals in the opening round, forcing a third meeting this season between AFC North rivals. The spread opened at even money, but sharks quickly pounded the Steelers to move the line.

In each meeting of these teams, devestating injuries have changed the course of the contest. In the first meeting, a rough tackle on the sidelines tangled Le’Veon Bell’s knees, ending his season prematurely. And just three weeks ago at Heinz Field, an ill-advised tackle attempt from Andy Dalton left him in street clothes with a fractured thumb.

After the injury to Bell, teammates from both teammates made statements on Twitter towards opposing players. The Steelers argued that Burfict’s hit on Bell was illegal, while Bengals OT Andrew Whitworth pointed out that the Steelers were celebtrating similar plays. When they met the second time after the Twitter beef, there was a scuffle before kickoff that Whitworth blamed on ‘Roger Goodell’. As if these teams needed another reason to play each other.

Both teams will need their big names to show up next weekend, but the loss of Dalton may be too much for Cincinnati to overcome. 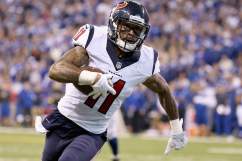 Who Are the Texans Playing in the Playoffs? 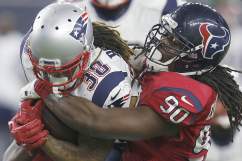