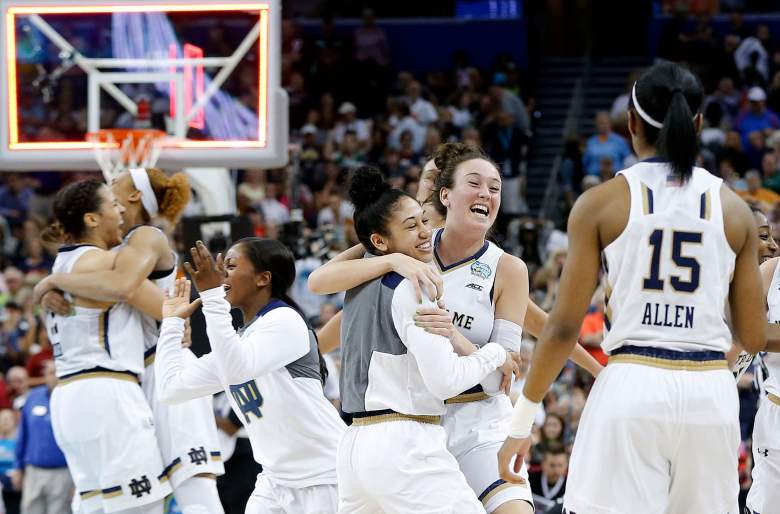 South Carolina hosts UConn in one of the biggest regular season matchups in recent history. (Getty)

Are y’all ready for some seriously good basketball?

Because there is some seriously good basketball on TV on Monday night. The No. 1 UConn women’s basketball team squares off against No. 2 South Carolina in a matchup of undefeated squads.

This one is going to be fun.

Now, overall, this game won’t have much of an impact on each squad’s respective conference run, but the winner of this game will be No.1 in the country and a victory in this one could very easily sow the seeds for a Final Four run.

See, we promised it would be good. Here’s everything you need to know about the game:

Preview: Is it fair to call UConn an underdog on Monday night?

Now, that’s a tough thought to consider, especially since the Huskies are three-time reigning NCAA champions, have won 10 titles overall and made eight straight Final Four appearances. But, well, here we are and South Carolina is a good team.

The Gamecocks are even better at home.

South Carolina has won 45 straight on its home court and is feeling nothing short of confident heading into Monday night’s 1-2 tilt.

“I’m hoping maybe that gives us a little bit of an edge, being at home.,” South Carolina coach Dawne Staley told ESPN. “To win as many games as we’ve won — 45 in a row at home — is directly impacted by our fans. They’ve come in this building and created a home-court advantage like no other. I put it up against any university.”

So, what are the keys for both squads?

Both teams are going to need a quick start if they want to get a jump on their opponent and an open mindset about what’s to come on the court. Neither squad can go in expecting perfection, but rather a fight on every corner of the hardwood and a battle to put points on the board.

If South Carolina can find a way to weather UConn’s depth though – and it is some serious depth – the Gamecocks may be able to stage one of the biggest 1-2 upsets in women’s hoops history.

Read More
Basketball, College Basketball, NCAA
Two undefeated teams square off. College basketball doesn't get much better than this. Here's how to watch.