Just three days after a dramatic win over Southampton, Chelsea look to stay unbeaten in the Premier League under Guus Hiddink when the Blues take on Norwich City. Hiddink has led the team to 11 straight league games without a loss, and today the squad can record a third straight Premier League win for the first time since April 2015.

Chelsea trailed after 75 minutes when Fabregas looped a cross into the box that ended up sneaking past Fraser Forster, ending over 700 minutes of clean sheet football for the keeper. Branislav Ivanovic, filling in for John Terry and wearing the armband in his place, headed in the winning goal with only minutes remaining. Terry will still be out for today’s match.

Norwich City hung tight with table leaders Leicester over the weekend before conceding a late winner. The Canaries have gone seven matches without a win, but are above relegation as of right now based on goal difference. 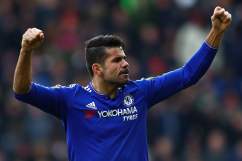 Chelsea vs. Norwich City Live Stream: How to Watch Online