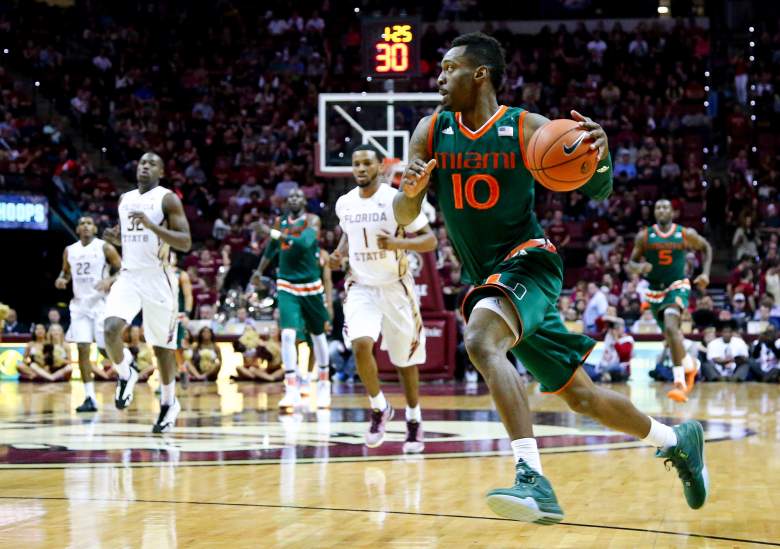 The Hurricanes have done well as double-digit favorites this season. (Getty)

Buffalo has been living on the dramatics this season.

And while that drama led to a second straight NCAA Tournament berth, thanks to a three-pointer with two seconds left in the MAC championship game, some of it has also been more difficult to deal with. This is a brand new team from last year’s squad, with brand new players.

Watch out for sophomore guard Ja’Quan Newton who scored 19 points against UVA in the ACC Tournament game. He also ranks second on the team with 68 assists.

Read on for a complete breakdown of the odds in this one, via OddsShark:

Buffalo is 5-0 on neutral courts this season, but the Bulls come into their Round of 64 tilt as decided underdogs against Miami.

Strictly speaking, the odds for an upset in this one are not good.

But – but – Buffalo is also 0-4 SU as double-digit underdogs this season. The Hurricanes are also strong performers as the favorite, particularly a lopsided favorite. Miami is 10-1 SU and 7-3- ATS as a double-digit favorite.

Not convinced yet? Miami also has 11 wins of 14 or more points this season.