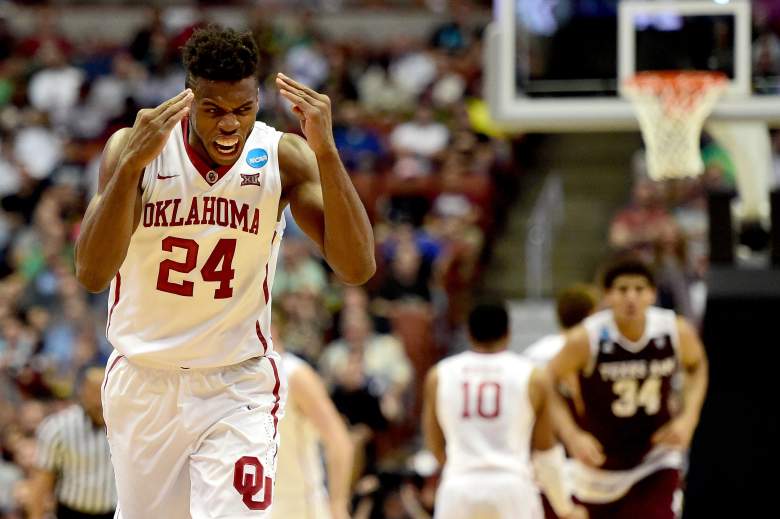 Buddy Hield is hoping to lead Oklahoma to a Final Four berth for the first time in more than a decade. (Getty)

Oklahoma is good. Oregon is good. Now, Oklahoma and Oregon face off in the Elite Eight. Thank you basketball world for this game.

The Sooners come in to the matchup after one of their better team-focused efforts as Buddy Hield was fairly limited in Thursday night’s victory over Texas A&M. Or, well, at least as limited as Hield can be.

Meanwhile, the top-seeded Ducks took down reigning champ Duke with relative ease and while Dillon Brooks was chastized for his “showboating” by Coach K, Oregon is playing some seriously good basketball right now.

Read on for a complete breakdown of the Elite Eight matchup, including a look at the odds breakdown and livestreaming options:

Line: Even via OddsShark

Game Preview: As far as motivation goes, Oregon has it. In spades.

They’ve also got the scoring to back up that determination.

Then, of course, there’s Oklahoma.

Buddy Hield has been lights out throughout the Tournament, averaging 31.5 points over the last three games. But, for the first time, on Thursday night, he didn’t have to do it all alone. Jordan Woodard chipped in 22 points of his own against Texas A&M in the Sweet 16, going 8-of-11 from the floor.

The Sooners are also looking to snap their own Final Four appearance streak, looking to make the last weekend for the first time since 2002.