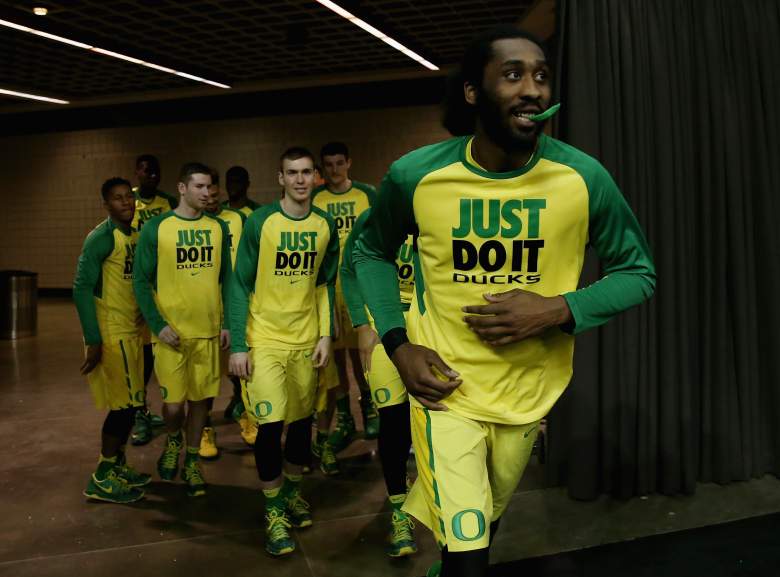 The top-seeded Oregon men’s hoops team is hoping for another lopsided victory on Sunday night. (Getty)

Oregon looked more than deserving of its top spot in the NCAA Tournament on Friday with a 91-52 showing against Holy Cross. But, beware the Round of 32 upsets.

After all, Saint Joseph’s is on a roll. The Hawks are riding a bit of an improbable postseason run, holding on for a dramatic victory over Cincinnati in their first round tilt.

Read on for a complete breakdown of the matchup, including a look at the game odds and how to watch even without a TV nearby:

Game Preview: Here’s something we all kind of already knew, but maybe needed a reminder of; Oregon is good at playing basketball.

The Ducks, to some extent, proved that on Friday night with a 91-52 victory over Holy Cross in the first round. Now, we know, it’s a 1-vs-16 game. Take it all with a gran of salt. And, to some extent, we agree with that.

It also introduced Chris Boucher to the national stage. He finished with 20 points, many of them dunks, while the Ducks saw three other players finish in double digits.

If Boucher can get going again tonight, Saint Joseph’s improbable postseason run may just come to a screeching halt.

Read More
Basketball, College Basketball, March Madness 2016, NCAA, NCAA Tournament
Saint Joseph's held on for a dramatic victory in the first round and now the Hawks get top-seeded Oregon in the Round of 32. Let's break it down.