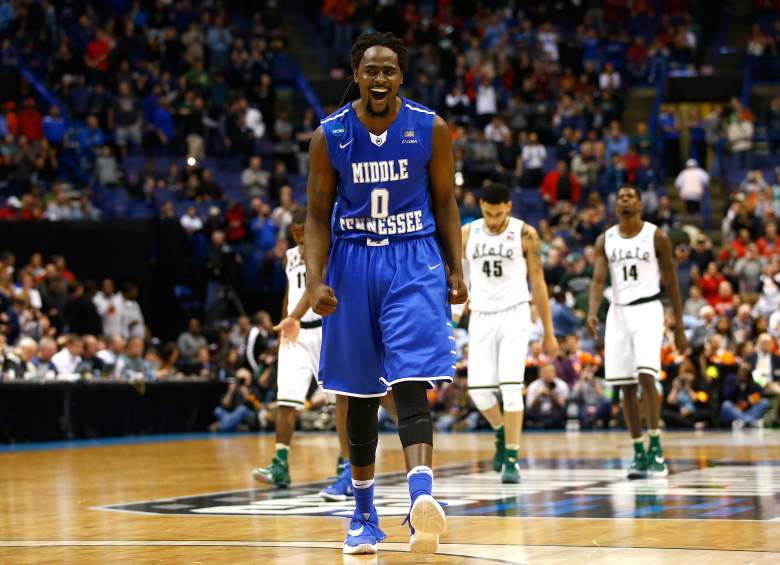 Alright, let’s talk about this one.

We didn’t expect. No one did. If you say you did, you are lying.

That doesn’t mean that this one won’t be fun, though. Teams that aren’t expected to do well, tend to rise up in these kinds of moments. So, welcome to the spotlight Middle Tennessee and Syracuse.

Of course, we all know how Middle Tennessee got here. That’s the team that ruined your bracket. Syracuse, meanwhile, took down Dayton in a lopsided matchup on Friday afternoon.

Now, it’s time to play for a berth to the Sweet 16. Read on for a complete breakdown of the matchup, including live stream options and a look at the odds:

Game Preview: Reggie Upshaw Jr. may actually get a statue on the Middle Tennessee campus in the next few years.

Upsahw Jr. led the Blue Raiders with 21 points and shot 50 percent from three-point range to lead his squad to an improbable and historic victory over No. 2 Michigan State on Friday. But wait there’s more. The junior also added four rebounds, four assists and three blocks in the victory.

That’s one heck of a stat line.

Now, to odds of Upshaw Jr. doing that again on Sunday are slim. But let’s be honest, they were pretty slim on Friday too. And if Middle Tennessee can find some holes in the Orange zone, anything can happen.

Still, history is certainly on Syracuse’s side.

The Orange have reached the Sweet 16 on 21 different occasions, although they haven’t been there since 2013. Keep an eye on forward Michael Gbinije who leads the squad with 17.8 points per game on 47.7 percent shooting.

Read More
Basketball, College Basketball, March Madness 2016, NCAA, NCAA Tournament
Go and head and try to tell us you expected this one. We dare you. You're still going to want to watch though. Here's the breakdown on the Round of 32 tilt.