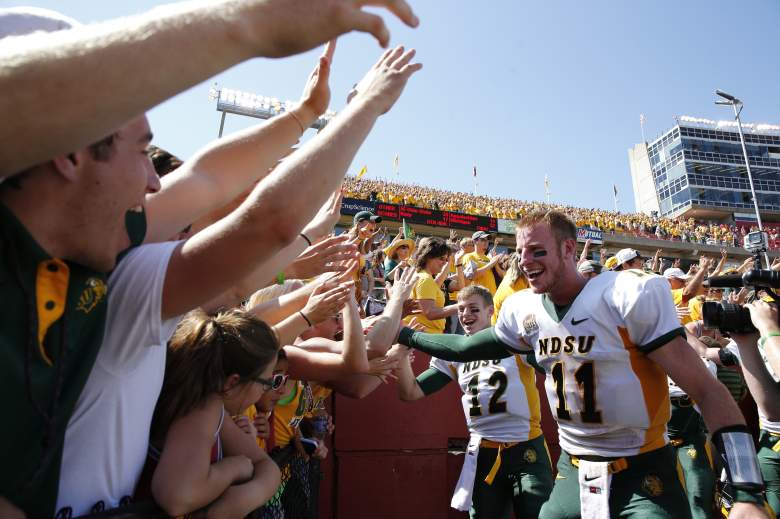 Carson Wentz is headed to the Philadelphia Eagles. The question is whether he will be the starter for the Eagles at the beginning of the season.

The Eagles have Sam Bradford on their roster and brought in Chase Daniel over the offseason. While Bradford sits atop the depth chart, Philadelphia gave up a lot to move up to select Wentz.

In light of the trade, Bradford has already demanded a trade. According to MMQB, Bradford’s agent Tom Condon recently spoke about Bradford’s desire for a change of scenery.

“Sam wants to play somewhere where he’s going to stay for a long time if he plays well. He wants to be the guy. He does not view himself as a stopgap quarterback,” Condon said according MMQB.

According to NJ.com, the Eagles preference would be to have Wentz sit behind Bradford to begin the season. If Bradford refuses to report to training camp, it puts Philadelphia in a bind.

Wentz spoke with NJ.com before the draft about the possibility of sitting his first season, essentially having a “red-shirt” year.

“As a competitor, you want to get on the field as soon as you can. But you want to do best for your team, your career and everything. That’s not up me to decide. I’m just going there to compete, do the best I can, earn the respect of my teammates and everything. The coaches will decide when I’m ready,” Wentz told NJ.com.