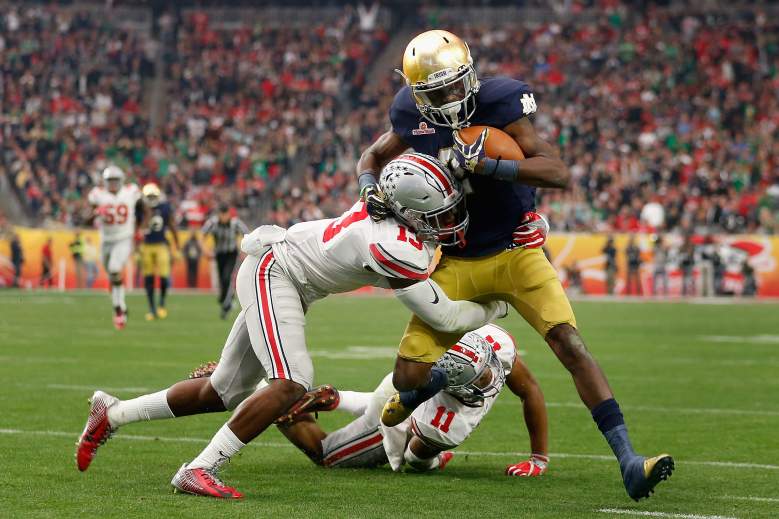 The NY Giants hope Eli Apple will add another punch to their secondary this year. (Getty)

Apple is going to the Big Apple.

The New York Giants, who once again missed the playoffs last season, selected CB Eli Apple with the No. 10 pick overall in this year’s NFL Draft. It’s a somewhat surprising selection for Big Blue, which was expected to make a pick on the offensive side of the ball after going all out on defense in free agency.

It's going to be CB Eli Apple to the Giants … most perfect name in the draft for the Giants' pick.

Apple is the third Ohio State player selected in the top 10 on Thursday night and the defender made headlines for one of the most interesting stories of the pre-draft week after an NFL scout questioned, of all things, his cooking skills.

The Milwaukee Journal Sentinel published a story by Bob McGinn earlier in the week that quoted an anonymous scout, describing Apple:

I worry about him because of off-the-field issues. The kid has no life skills. At all. Can’t cook. Just a baby. He’s not first round for me. He scares me to death.

Apple went on to defend his cooking abilities – and point out that his father is a chef – before refocusing on his college stats. And they’re pretty good. The New Jersey native started 14 of 15 games during his redshirt freshman season in 2014-15, sealing the Buckeyes’ victory with an interception on Marcus Mariota’s final college pass.