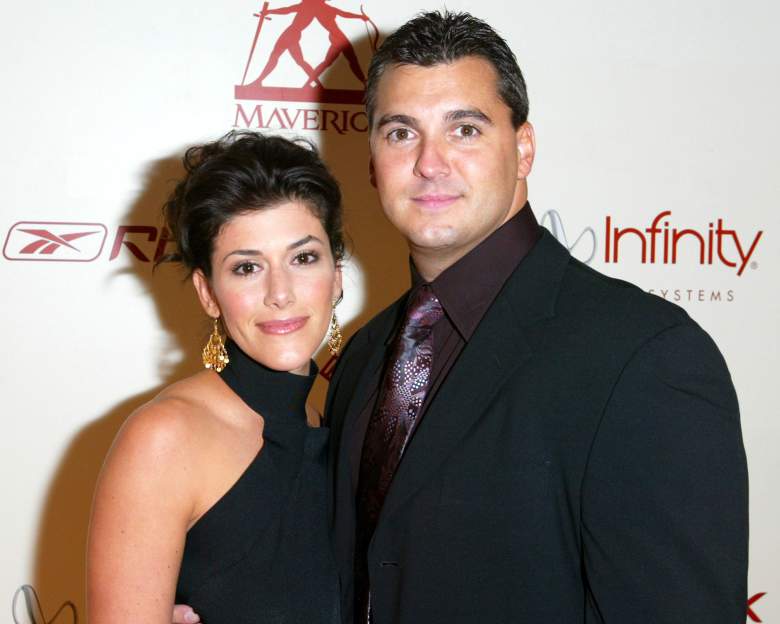 Shane and Marissa McMahon grew up together and found plenty of success together over the years. (Getty)

Shane McMahon has jumped squarely back into the spotlight this year after surprising the wrestling-watching world when he returned to the WWE and demanded control of Monday Night RAW.

Now, McMahon is slated to face off against The Undertaker in WrestleMania 32 at AT&T Stadium in Dallas, Texas and while he’ll be stepping into the ring alone, he won’t be without some serious support.

McMahon’s wife, Marissa Mazzola will be in the audience on Sunday, cheering on her husband as he battles for his wrestling legacy. It will be dramatic. It will be exciting. It will be a perfect WrestleMania moment.

Read on to learn more about Marissa, her relationship with Shane and her own jam-packed resume:

After growing up near each other in Greenwich, Connecticut Shane and Marissa tied the knot on September 14, 1996. The couple and their family now live in New York City.

While they’ve been married for nearly two decades – and known each other for even longer – Marissa and Shane have still found ways to keep a bit of romance in their relationship. In fact, Shane, a motorcycle enthusiast, named his favorite bike after his wife. “Sweet Marissa” is a lime green, black, and chrome machine that notches over 130 MPH.

2. The Pair Are Parents to Three Sons

The McMahon boys have been a major part of their dad’s pre-WrestleMania workout routines. (Twitter)

Although Shane’s return to the ring earlier this year surprised plenty of wrestling fans, the star said that he had just one reason for coming back to the WWE; his kids. He told 441Mania:

It’s extremely emotional for me. It’s not often that you get to see your dad like a real life superhero. And to perform at WrestleMania in front of 100,000 people, that experience for my sons… there’s no bigger gift that I can possibly ever give them than that experience. It should be a wonderful thing and I’m really excited about it.

All three sons have been heavily involved in Shane’s pre-WrestleMania workout regime as well. In fact, he’s posted a handful of updates on Twitter showing his sons getting their own chance in the gym.

3. Marissa Started her Career as Co-Host on LiveWire

Marissa first started her career as the co-host for the show LiveWire, appearing in a handful of interviews and also conducting several interviews as well. She went on to take charge of overseeing public relations for the WWF, joining the seemingly ever-growing McMahon family involvement in the wrestling world.

However, unlike the rest of the McMahons, Marissa never appeared in the ring.

4. She’s Also Worked as Film Producer & Started Her Own Company

The McMahon family is now based in New York City after Marissa started her own production company there.

It didn’t take long for Marissa to branch out on her own following her short stint on LiveWire and she quickly turned her attention to film production. She couldn’t quite shake her wrestling association completely, however, and over the course of her early career worked with superstars like Dwayne “The Rock” Johnson and Stone Cold Steve Austin.

After a few small roles in several films, including The Scorpion King, Marissa started her own production company, Kamala Films in New York City. The company has since produced two films – Anamorph and What Maisie Knew – as well as one short film – Quitters. 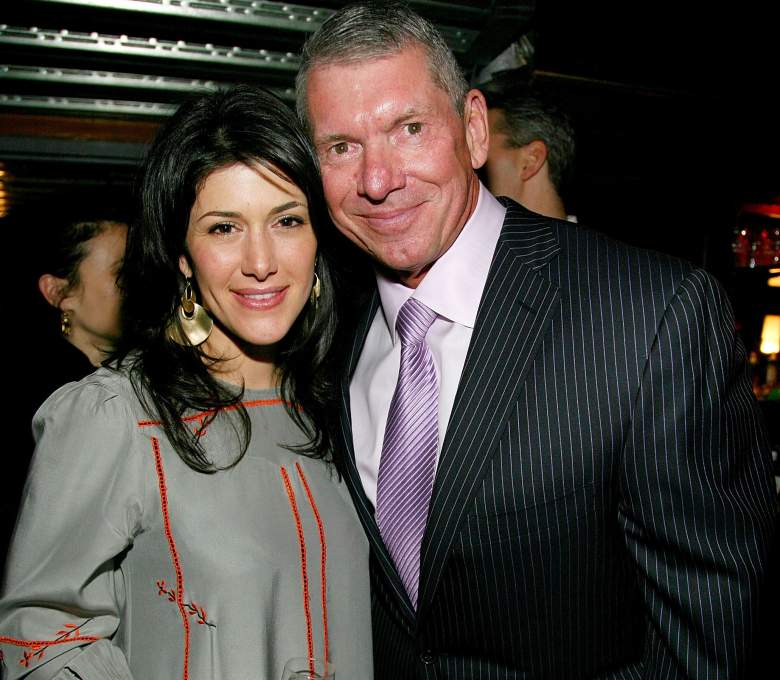 Marissa McMahon, pictured here with her father-in-law Vince, is incredibly close with her extended family. (Getty)

Although it may not be apparent from their on-screen storylines – where they actively hate each other – Stephanie and Shane McMahon are actually very close in real life. Stephanie is also close to her sister-in-law, Marissa as well. In fact, when Stephanie and Paul Levesque a.k.a Triple H were married in 2004, Marissa served as a bridesmaid in the wedding party.

Family has always been important to Marissa, who graduated from Greenwich Academy in 1991 and grew up with two brothers.