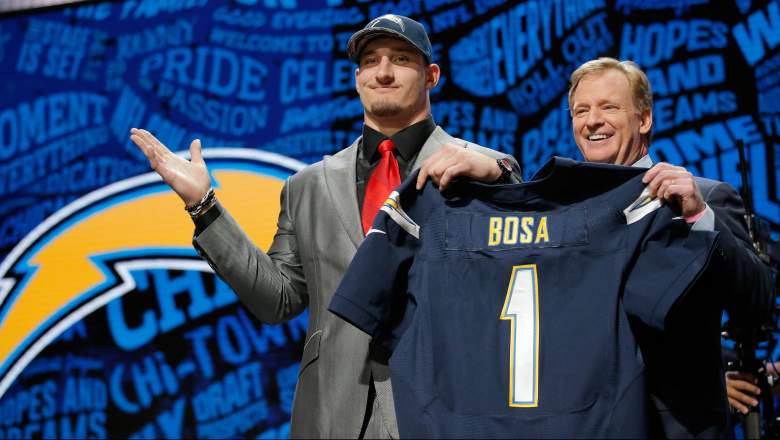 Joey Bosa led off the four Buckeyes picked in the first round. (Getty)

Ohio State led the NCAA in 2016 first-round NFL draft picks, with five players going on the draft’s opening night. Defensive end Joey Bosa led the Buckeyes off, going third to the San Diego Chargers. Running back Ezekiel Elliot immediately followed as the fifth selection and will be a Dallas Cowboy. Cornerback Eli Apple went to the Big Apple as the Giants’ 10th pick, with defensive tackle Taylor Decker headed to Detroit after his selection as the 16th pick. Outside linebacker Darron Lee made it the fifth first-rounder for Ohio State in 2016, going 20th to the Jets.

The five selections tie the record for most first-round selections in one draft set by the 2001 Miami Hurricanes, widely considered the most talented team of all time.

Here’s a list of schools by first-round selections in 2016: