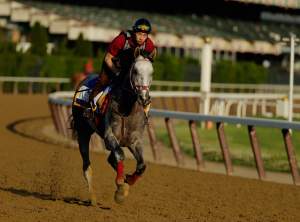 The Belmont Stakes is the last Triple Crown race and will have a lucrative ending for the team that finds the Winner’s Circle. According to The Triple Crown, the total purse is worth $1,500,000.

By comparison, the winner gets slightly less than the $900,000 Exaggerator received for his Preakness victory. The Preakness has the same $1,500,000 purse but only paid the top five finishers.

The Kentucky Derby is the most lucrative Triple Crown race with Nyquist winning more than the entire Belmont purse by taking home $1,631,600.