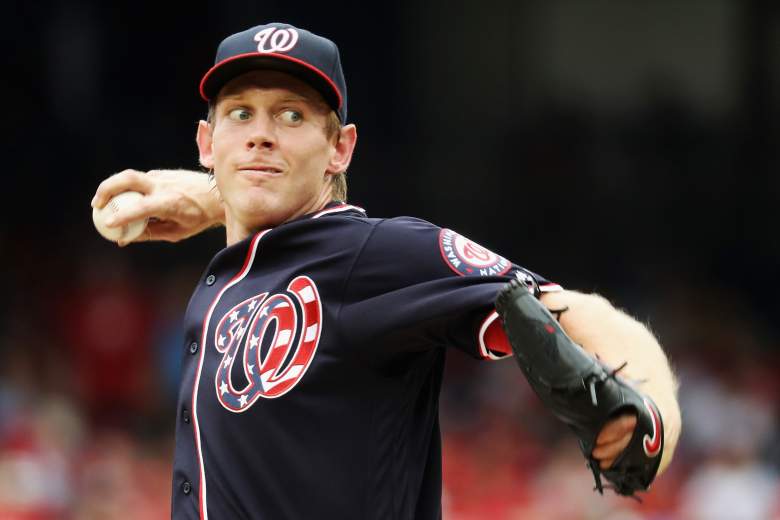 Stephen Strasburg is in the midst of a career season. (Getty)

Two of the best players in baseball in Nationals All-Star pitcher Stephen Strasburg and L.A. Dodgers ace Clayton Kershaw were set to face each other in a nationally televised game Monday night.

It appears this dream match-up will have to wait for another time.

MASN, the television network that broadcasts Nationals games, is reporting Strasburg has been scratched from this high profile start with an upper back strain.

Big news: Strasburg scratched from tonight's start with upper back strain. Petit to start instead.

The announcement came just a few hours before scheduled first pitch, which will happen at 10 p.m Eastern Time. Strasburg reportedly didn’t show any sign that anything was unusual during warm ups this afternoon. There was also no outward inclination that Petit would start.

Currently there is no word out yet on how long Strasburg will be out, but Nationals fans are understandably worried about his health. He battled injuries for much of last season and had Tommy John surgery in 2010.

The news is especially troubling coming during this season. Strasburg is having one of his best seasons, and the best seasons in the Majors, going 10-0 to start the year with a 2.90 ERA. He is tied for third place in all of baseball with 118 strikeouts. His strong performance on the mound has helped Washington to 43-27 record, good for first place in the National League East.