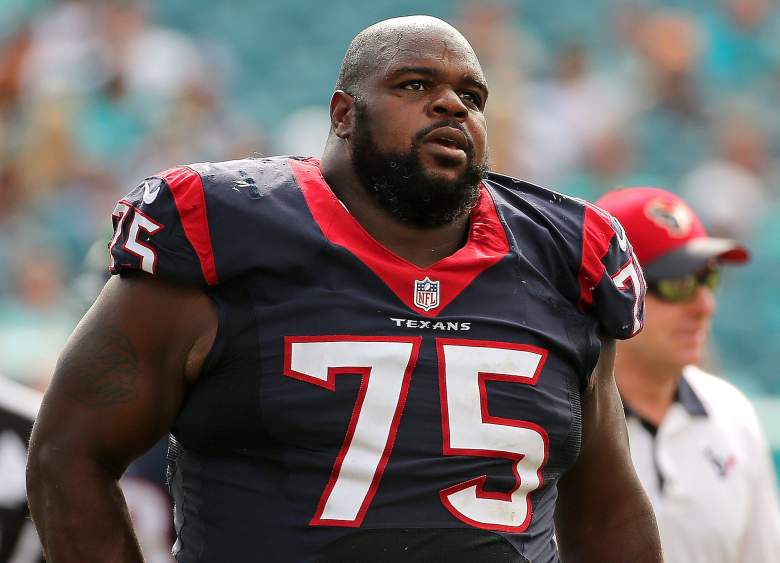 Vince Wilfork will bare all for ESPN the Body Issue. Getty)

Vince Wilfork, a defensive lineman for the Houston Texans, will pose nude for ESPN The Magazine’s 2016 Body Issue. The eighth annual issue will feature a total of 19 athletes and hits newsstands on July 8.

Wilfork, 34, stands 6 foot 2 inches and weighs 325 pounds. He’s not the typical athletic physique showcased in the Body Issue, but he’s also not the biggest athlete to participate in the issue that was created to rival Sports Illustrated’s swimsuit issue.

1. Wilfork Is ‘Perfectly Fine with What I Am.’

Vince Wilfork on his appearance in ESPN The Magazine's annual Body Issue. pic.twitter.com/3JG7rQBEyh

Wilfork knows he doesn’t have the typical body that ESPN showcases in their annual Body Issue or any magazine would feature normally and he’s okay with that. He’s hoping his participation in this issue will give other that look like him the confidence to be comfortable in their body.

I know I don’t have the six-packs and the eight-packs and all that… but I’m perfectly fine with what I am. If people can look at me, look at a guy that 325-plus doing an issue like this, I’m pretty sure that they might have a little confidence after seeing that it’s ok to be who you are.

2. He Isn’t the Biggest Athlete to Grace the Body Issue. 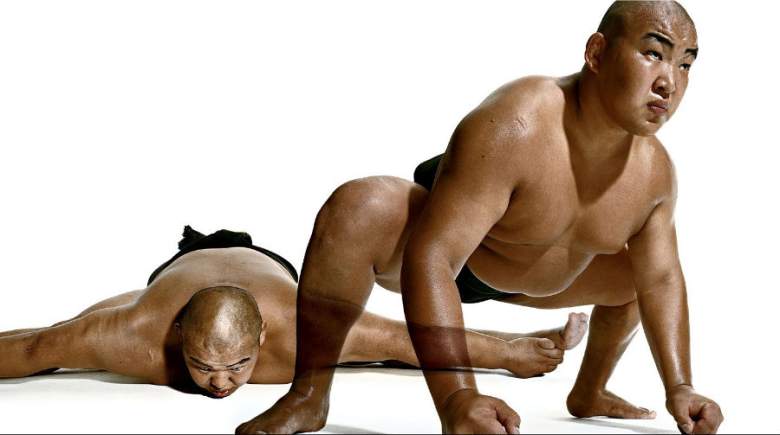 A couple other big boys have gone nude or nearly nude for ESPN’s Body Issue. The first issue in 2009 featured sumo wrestler Byambajav Ulambayaryn, who is 6 foot 1 inches and weighs 360 pounds, and Pittsburgh Steelers’ nose tackle Casey Hampton, who has a similar build to Wilfork at a height of 6 foot 1 inches and 325 pounds.

3. Wilfork’s Wife Bianca Helped Him Lose Weight After He Tore His Achilles.

When Wilfork tore his achilles tendon in 2013, it not only ended his season, but many feared it would end his career. His wife Bianca wouldn’t have it and helped her husband overcome the injury. He lost weight and built his strength back up to return to the New England Patriots defensive line in 2014.

He told reporters at the time:

We worked our tails off. My training camp began a long time ago — in March. I’ve been working for a long, long time and there’s a reason I feel good and a reason I have the confidence to play. It won’t stop. 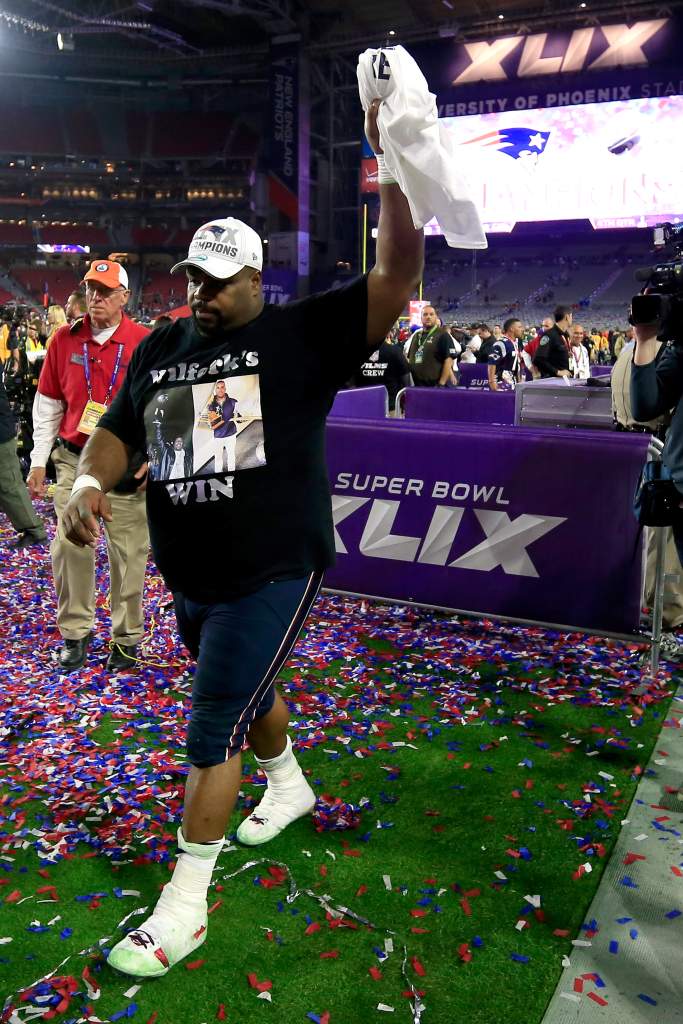 Wilfork picked up two NFl championship rings as a member of the New England Patriots. (Getty)

The Patriots drafted Wilfork in 2004 and he found immediate success as part of the Super Bowl XXXIX championship team. Ten years later, Wilfork picked up another championship ring when the team defeated the Seattle Seahawks in Super Bowl XLIX.

It's official. These athletes (and more!) will bare all in the 2016 #BodyIssue. Full roster: https://t.co/AwXYt9PTpnhttps://t.co/PWcjoGLGPM

ESPN has chosen 19 athletes for the 2016 Body Issue. Dwayne Wade finally accepted the invitation to bare all after being asked every year since the issue started publishing.

See who else is baring all this year.