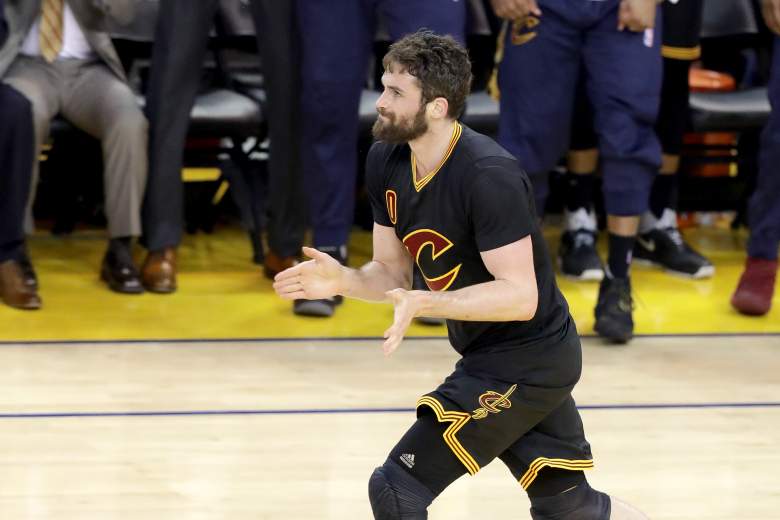 Overall the 2016 NBA Finals were tough for Cleveland Cavaliers forward Kevin Love. Of course there was the inconsistent play, which in part was impacted by the concussion suffered in Game 2 that led to him missing Game 3 of the series. But in Sunday’s Game 7 Love made some solid contributions, finishing with nine points and 14 rebounds in the Cavaliers’ 93-89 victory.

Following the game Love and his teammates celebrated, as well they should given the fact that not only did they win Cleveland’s pro sports title in 52 years but they also became the first team to erase a 3-1 series deficit in the NBA Finals. During the celebrations in the locker room Love channeled his inner “Stone Cold” Steve Austin, cracking together two beer cans before drinking the delicious contents.

For comparison’s sake, here’s video of Stone Cold pulling off a feat that ranks alongside his famous “Stone Cold Stunner” that we’ve grown used to seeing over the years.