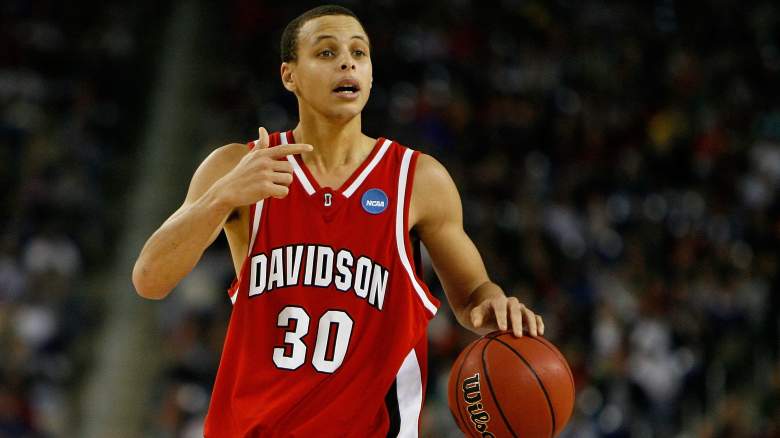 Before he was setting three-point records, before he was leading the Golden State Warriors on consecutive trips to the NBA finals, before he was just the 11th player in NBA history to win back-to-back MVP awards, Stephen Curry was a polarizing recruit with an uncertain basketball future.

Curry, like another certain NBA superstar, was born in Akron, Ohio, but he grew up in Charlotte, North Carolina. His father, former NBA sharpshooter Dell, was playing for the Cleveland Cavaliers at time of Curry’s birth but was soon thereafter selected in the expansion draft by the Charlotte Hornets, where he would spend the majority of his career.

It was in Charlotte that Curry met his future wife, Ayesha. It was there that he attended high school–Charlotte Christian–and it was it there that he would light the college basketball world afire.

Davidson College, which is located just north of Charlotte, wasn’t always the plan for Curry, though.

He had aspirations of going to Virginia Tech, where his dad was a star on the basketball team and his mom was a star on the volleyball team. But despite immense high-school success and despite an NBA lineage, Curry’s lack of physical traits–he was 6’1″ and 160 pounds–meant he went virtually ignored by the big schools.

“Sometimes,” explained Curry’s high school coach, Shonn Brown, “kids don’t pass the eye test. As a senior he looked like he was about 14 years old.”

Davidson coach Bob McKillop wasn’t fooled, though, and he had no qualms giving the 3-star recruit a scholarship.

What followed was two Southern Conference Player of the Year awards in three years, 2,635 points, 388 steals, 221 steals, 414 three-pointers made and an unforgettable run to the Elite Eight.

Curry and his wife now live in Walnut Creek, north of Oakland, but that doesn’t mean he has forgotten where he’s from.

The reigning MVP still has Charlotte in his blood, and that’s abundantly clear on NFL Sundays when he’s unabashedly supporting the Carolina Panthers.

Read More
NBA, Steph Curry
Find out what Steph Curry was doing before he was terrorizing NBA defenses.