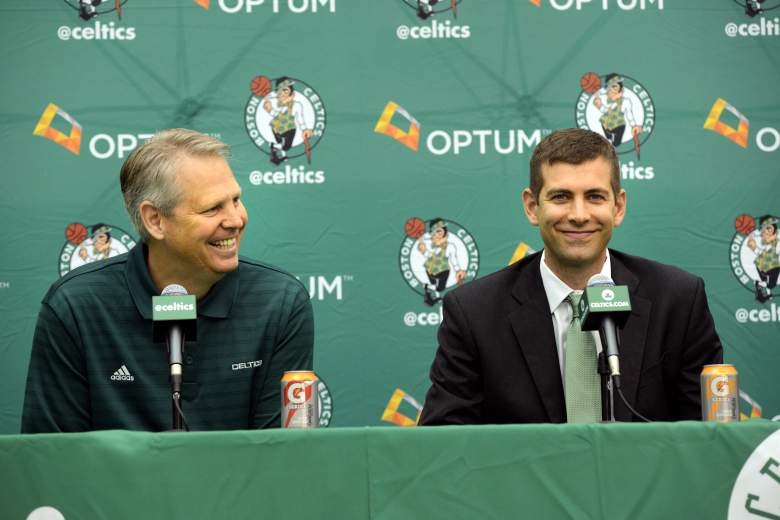 The Boston Celtics surprisingly picked Jaylen Brown, small forward from California, with their first pick in the draft, the third overall. Guerschon Yabusele, power forward from France, was taken with the 16th pick. Ante Zizic of Croatia was picked with the 23rd pick.

The Celtics picked Deyonta Davis, who will wind up playing with the Memphis Grizzlies. They took Rade Zagorac for the 35th pick, but that pick also went to Memphis. With the 45th pick, the C’s took Demetirus Jackson, a point guard from Notre Dame. For the 51st pick, the Celtics chose Ben Bentil of Providence. The Celtics went with Abdel Nader of Iowa State for their final pick.

Thanks to a previous deal with the Brooklyn Nets, the Celtics, who were in the playoffs last season with a 48-34 record, managed to get one of the early picks. However, they wound up with Number 3 and general manager Danny Ainge has tried to deal the pick, but didn’t get that done before the draft started.

Ainge had a whopping total of eight picks to play with, including three in the first round.

Their second round picks are: Number 31 (from the Philadelphia 76ers, via Miami Heat); Number 35 (from the Minnesota Timberwolves, via Phoenix Suns); Number 45 (from the Dallas Mavericks – this is one of two picks the Celtics got when they traded Rajon Rondo); Number 51 (form Miami); and Number 58 (from the Cleveland Cavaliers).

Here’s a breakdown of who the Celtics picked. 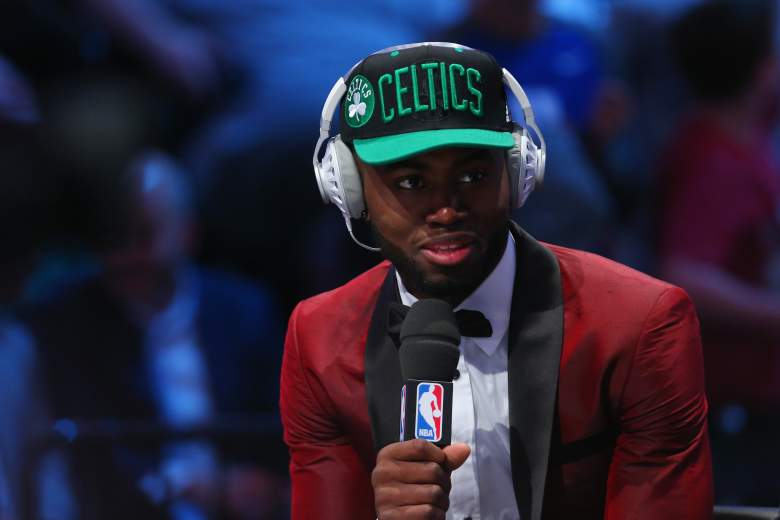 Jaylen Brown was surprisingly picked by the Celtics at No. 3. (Getty)

He is still someone the Celtics could trade away. The team did win 48 games last season, although they have needs to fill. They need a big man who can better protect the rim and the best shooter available.

ESPN reported that Ainge was trying to get a veteran player in exchange for the pick, but most teams have balked at his proposals.

Celtics owner Wyc Grousbeck told ESPN that none of the trade proposals that came in “were even in the mix,” adding that “If they were close, we might have stretched.”

Yabusele, 20, is a power forward from France who is 6-foot, 8 and weighs 260 pounds. He averaged 11.5 points a game during his 2015-16 season in Rouen and a 53.9 field goal percentage and made 42.6 percent of his three-point shots. WEEI notes that he’s aggressive defensively and can hit deep three-pointers.

The Celtics’ third and final pick of the first draft is Ante Zizic, a 7-foot-tall 19-year-old from Split, Croatia. He weighs 249 lbs. and played in the Adriatic league last season. He averaged 13.4 points per game, had a 63.9 field goal percentage and made 63.9 percent of his three-point shots. He’s mobile and can take contact in the paint. He’s a big man and shows effort when playing defense. However, he’ll have to work hard to fit in the NBA style play.

The Celtics started the second round by picking Deyonta Davis, who was very disappointed to not get picked in the first round. He told ESPN that he will play with a “chip on his shoulder.” The Celtics will receive the 2019 1st Round Draft Pick from the Grizzlies. The Celtics also dealth the 35th pick to Memphis, who picked Rade Zagorac of Serbia.

The Celtics went with Demetrius Jackson, who is listed at 6-foot-1 and 198 lbs. He played at Notre Dame for three years, averaging a 47 field goal percentage and a 38 three-point percentage.

Ben Bentil is from Ghana, but went to Providence College, where he scored 21.1 points per game. He’s a power forward. The team is expected to have him compete for a spot on the team next season, reports The Vertical.

The Celtics picked Abdel Nader, who played at Iowa State. He’s 21 and a forward, who’s 6-foot-6 and 230 lbs. He played four years in college, playing his most in his last season, averaging 31.1 minutes.