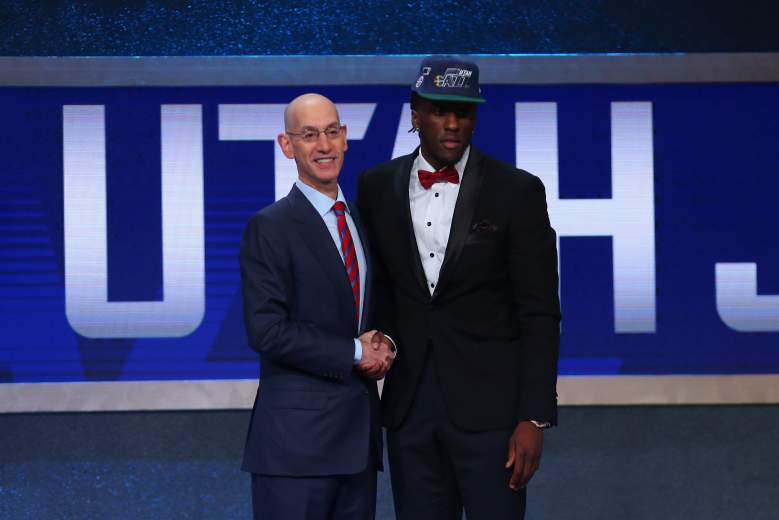 While Utah made the pick, Prince is headed to Atlanta (Getty)

With their pick headed to Atlanta as part of the trade that sent Jeff Teague to Indiana and George Hill to Utah, the Jazz were making the 12th overall pick on behalf of the Atlanta Hawks. And once that trade is approved by the NBA, former Baylor wing Taurean Prince will be headed to the Atlanta Hawks.

What Does Taurean Prince Bring to the NBA 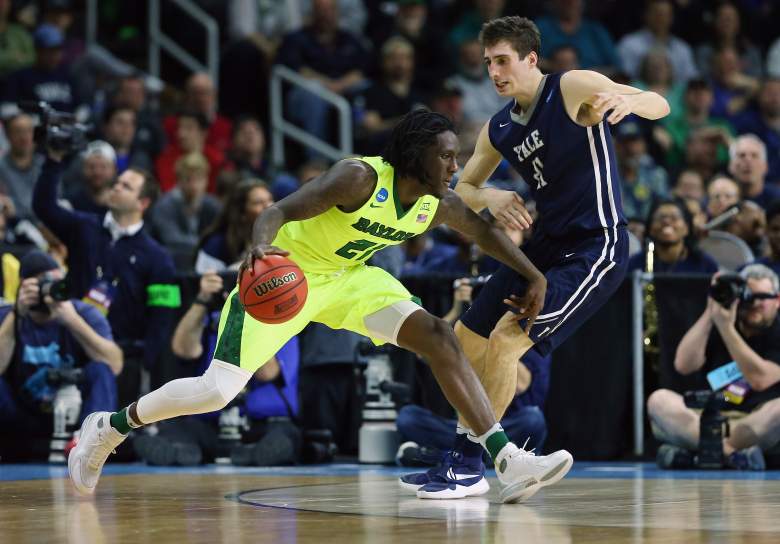 Taurean Prince steadily improved throughout his career at Baylor (Getty)

Prince going this high in the draft is a bit of a surprise, but the expectation here is that he can develop into a capable “3 and D” guy at the pro level. Prince plays hard and has good length and athleticism, but the consistency of his shot is a question that needs to be addressed. As a senior at Baylor he averaged 15.9 points and 6.1 rebounds per game, shooting 43.2 percent from the field and 36.1 percent from beyond the arc, and those percentages will need to go up if he’s to fill the “3 and D” role.

As for the defensive end of the floor, Prince arrives in the NBA in a somewhat similar position to what’s seen from Syracuse products. Baylor played a lot of matchup zone during Prince’s time in college, so can he make the transition to a league where zone defenses are still rare despite the changes to the illegal defense rules made over a decade ago.

Taurean Prince Explains How Baylor Was Out-Rebounded by Yale

Bolomboy gives Utah another athletic option in the front court, who finishes well around the basket and defends his position well. As for Paige and Wallace, they give Utah additional backcourt depth but both will have their work cut out for them as they compete for roster spots. Paige is the better shooter of the two, with Wallace having the size at 6-foot-5 that has become more valuable at the point in recent years. But with George Hill and Dante Exum figuring prominently in Utah’s plans next season, there may be just one spot available for the other possible point guards.