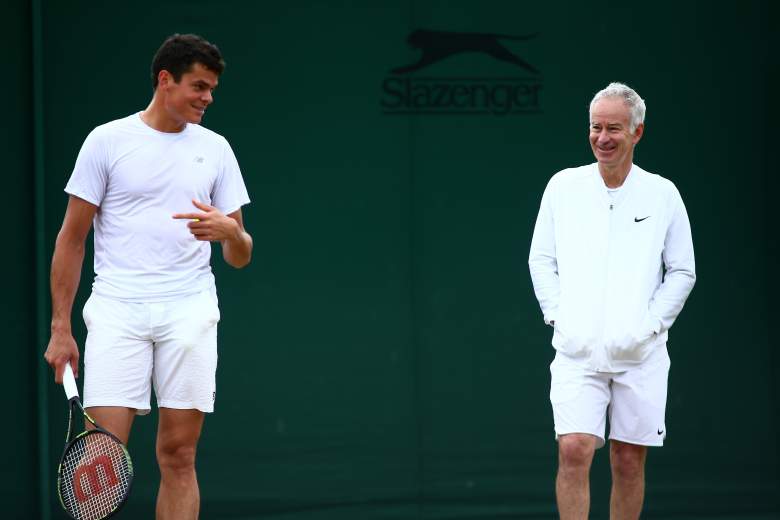 Milos Raonic, who beat Roger Federer in the Wimbledon semifinals, will face Andy Murray in Sunday’s final. It will be the first major final for a man representing Canada.

Tennis Hall of Famer John McEnroe, who recently joined Raonic’s coaching team, will find himself in a slightly different role on Sunday than what he’s accustomed to at Wimbledon.

Here are five fast facts to know about Raonic and McEnroe’s partnership:

1. McEnroe Will Work Wimbledon Final for TV as Raonic’s Coach 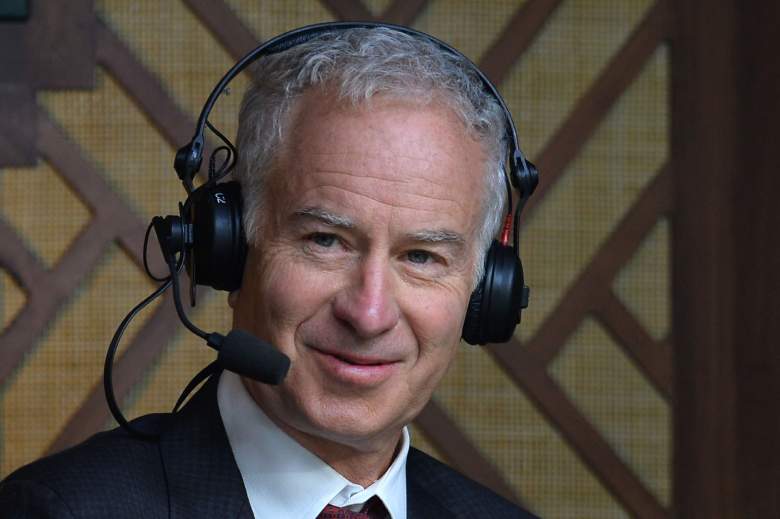 Commentator and tennis coach John McEnroe sits in the press booth on Centre Court to watch Serbia’s Novak Djokovic play against France’s Adrian Mannarino during their men’s singles second round match on the third day of the 2016 Wimbledon Championships. (Getty)

McEnroe, who is a commentator for BBC and ESPN, is known for his outspoken comments and lively analysis for the TV broadcast from Centre Court. On Sunday, however, the three-time Wimbledon champ will be involved in the broadcast in a different capacity. McEnroe will commentate on the men’s final solely from a coaching perspective– giving insight into Raonic’s game.

In an effort to curb a potential conflict of interest–as coach and commentator– ESPN told the Associated Press that McEnroe would have a “different” role.

“I’m not trying to put him in a box … and have him be an objective observer of the match and wear two hats,” said Jamie Reynolds, an ESPN vice-president overseeing coverage of the tennis tournament, according to the Associated Press. “I’m having him here as Milos’s coach.”

McEnroe will be joining his brother Patrick and Chris Fowler in the courtside booth, however Reynolds stressed that the network is aiming to be transparent to their viewers regarding McEnroe’s on-air role.

“We were sensitive to it because at the end of the day we’re trying to serve the audience,” Reynolds said. “Let the audience decide whether or not John is still John. I think that’s a win, as long as everybody understands what voice he’s bringing into the booth.

2. BBC Was Accused of Conflict of Interest over McEnroe’s Commentary During Roanic Semi-Final

When your coach is commentating on your match. #awkward #McEnroe #wimbledon #federer #raonic

Tennis fans and some media members have questioned the BBC for allowing John McEnroe to commentate on the Wimbledon semi-final between Roger Federer and Raonic while working on Raonic’s coaching team.

The 25-year-old Canadian defeated the seven-time Wimbledon champ to earn his first Grand Slam final, with his coach commentating on his “amazing” performance.

Following his semi-final victory, Raonic said he didn’t mind if McEnroe worked his TV job while he was playing.

“It doesn’t really make a difference by any means,” he told reporters, according to The Guardian.

The BBC denied that there was any conflict of interest. 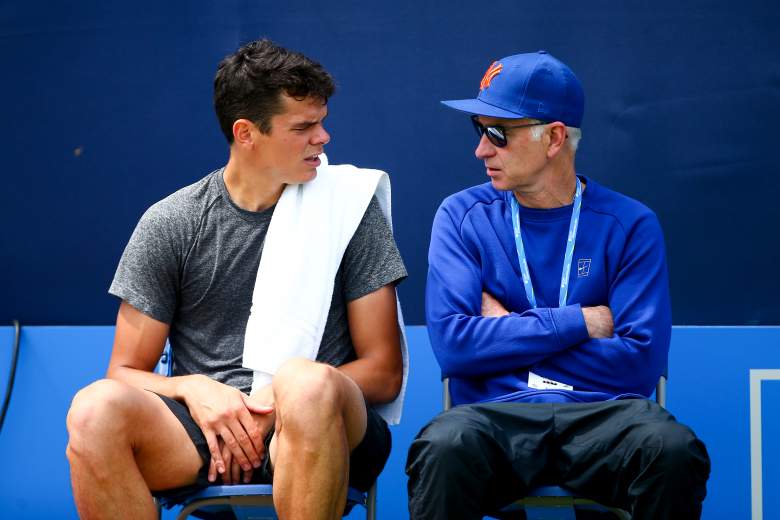 Milos Raonic of Canada (L) sits with his coach John McEnroe (R) during a practice session ahead of his final match against Andy Murray of Great Britan during day seven of the Aegon Championships at the Queens Club on June 19, 2016. (Getty)

Raonic appointed McEnroe as an additional coach last month, in an effort to improve his grass court game leading up to Wimbledon.

His training team is led by the Italian coach Riccardo Piatti and former Spanish world number one Carlos Moya.

“He’s been here on this Centre Court playing the final, winning three times,” Moya told the Guardian. “He’s a guy that knows a lot about tennis, is very well respected and probably the best serve and volleyer ever. He’s adding things to the team and he’s bringing good energy.”

Moya brings a calmness to Raonic’s coaching team, while Piatti has been a strong presence. With Raonic previously saying, “Riccardo adjusted to me from the beginning.”

Raonic told The Telegraph he sought variety in coaching personalities, and viewpoints to enhance his training.

“I take everybody’s consultations very personally,” he said. “It is my job to weigh up what they’re worth and work out what is best for me.”

4. McEnroe Has Helped With The Mental Aspect of Raonic’s Game 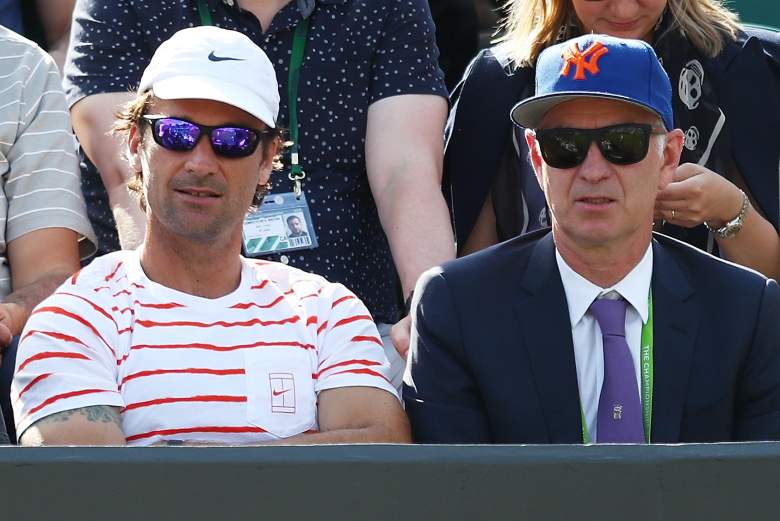 A week after they began working together, Raonic finished runner-up to Andy Murray at Queen’s Club.

McEnroe has helped with his mental approach, Raonic told The Guardian. “He definitely keeps emphasising demeanour on court, which I probably would not have put as one of the priorities.”

The world No. 7 was visibly more vocal in his semi-final win over Federer, which is another point of the game McEnroe has emphasized.

“He’s definitely put an emphasis on it,” Raonic told The Guardian. “I felt in matches that I need to sort of calm myself down. I feel like when I get positive, I can get negative quickly as well.”

Following Raonic’s win on Friday, McEnroe said the combination of emotion, skill and strategy led to his success.

“He showed a lot of heart out there, a lot of fight. He found another gear I don’t even think he knew he had. He had some quality shots, huge forehands, you name it, he put it all together at the right moment.” 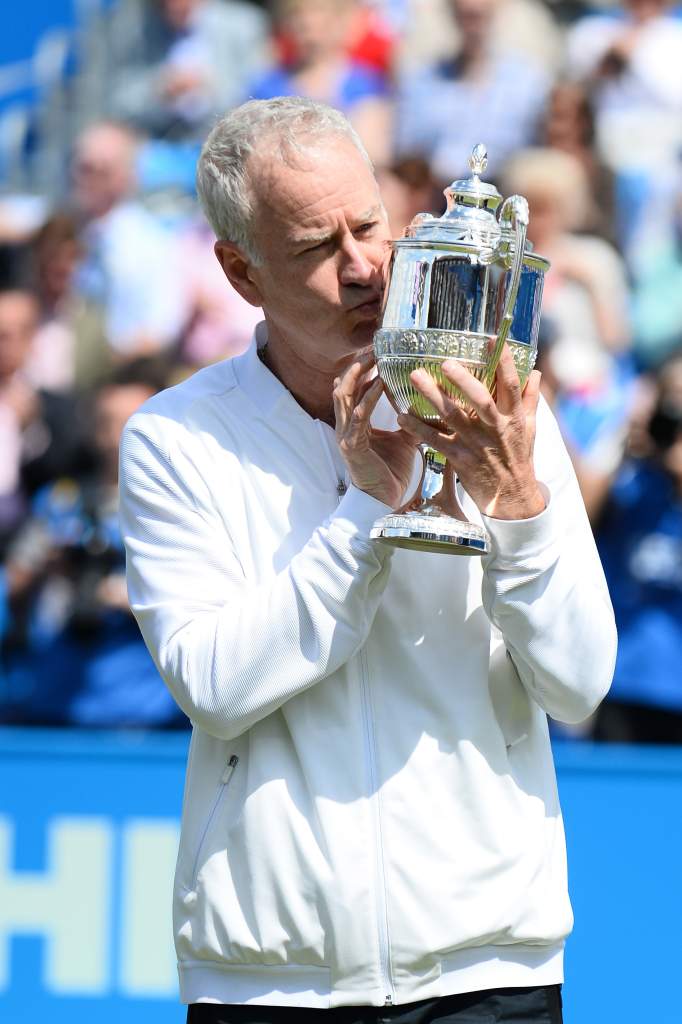 John McEnroe poses during the four-time champions presentation on day 5 at Queens Club on June 17, 2016. (Getty)

McEnroe is an eight-time grand slam major champion, with three titles at Wimbledon.

The partnership between him and Raonic has been a huge key to the Canadian’s path to Sunday’s final.

“Milos is a good kid,” McEnroe said to The Telegraph. “He’s very professional, very dedicated, and he wants to get better.”