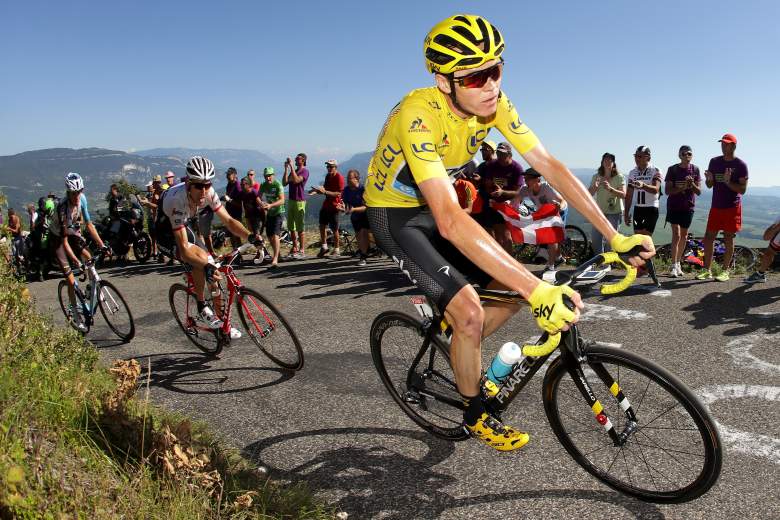 Christopher Froome of Great Britain riding for Team Sky in the yellow leader’s jersey rides in the peloton up the Lacets du Grand Colombier during Stage 15 of the 2016 Le Tour de France, a 160 km stage from Bourg-En Bresse to Culoz on July 17, 2016. (Getty)

Looking for a live stream of the Tour De France? NBC Sports, who is broadcasting the Tour, is offering live steaming on NBC Sports Gold for purchase regardless of whether you have a cable TV package.

You can watch Stage 16 online via NBC Sports Gold. NBC Sports Gold is a standalone streaming service that is purchased online and does not require a cable package. The site’s frequently asked questions page has a rundown of technical requirements and other information.

“Coming to the Tour, I said I was in a very privileged position because it was the strongest team that Team Sky ever sent to the Tour,” Froome told reporters following Stage 15. “With me, I have riders who would be leaders in other teams. It must be quite demoralizing for other riders.”

After a challenging Stage 15, the riders will enter the Tour’s second Rest Day with a relatively flat 209 km stage from Moirans-en-Montagne to Berne, Switzerland.

This year’s “Grand Boucle” began in picturesque Normandy before moving south to the Pyrenees, over to the Alps, and will go back up for its historic finish on the Champs-Élysées in Paris. There are 21 stages in all.