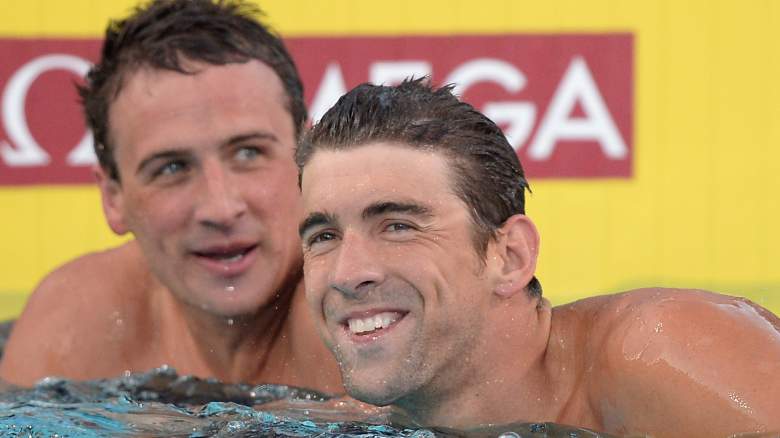 Michael Phelps and Ryan Lochte, defending Olympic gold and silver medal winners in the 200m IM, hope to represent USA in the event for the fourth-straight Games. (Getty)

10 more spots on the 2016 USA swimming team were secured on Friday night.

Here’s a look at the results:

19-year-old Lilly King’s star continues to grow in advance of Rio. She dominated the 100m breaststroke to qualify a couple days ago, and she followed that up with another impressive performance to win the 200m on Friday night.

The second spot goes to Molly Hannis, who came back in the final 50 meters to surpass 2012 Olympian Micah Lawrence and book her first spot in the Olympics.

There will be a new Olympic gold medalist in the men’s 200m backstroke, as 2012 champion Tyler Clary was beaten by Ryan Murphy and Jacob Pebley.

Cal teammates @ryan_f_murphy and @Jacob_Pebley are both headed to Rio for the 200m backstroke! #RoadToRio pic.twitter.com/YbDmfY5VcO

This marks the second event for Murphy, who already qualified in the 100m backstroke, while Pebley, his Cal teammate, heads to his first Olympics

As expected, Michael Phelps and Ryan Lochte raced away from the field, easily finishing first and second, respectively:

Phelps vs. Lochte in the 200m IM has been one of the greatest sports rivalries the past 12 years, as Phelps has won Olympic gold three times in a row, while Lochte, the world-record holder, has nabbed silver, bronze and silver.

Fortunately, we’ll get to see them battle one final time in Rio.

A couple of youngsters led the way, as 19-year-olds Abbey Weitzeil and Simone Manuel finished 1 and 2:

They’ll be joined by two veterans on the relay team: Amanda Weir and Lia Neal, who have combined for three Olympic appearances.

Here’s a list of swimmers who have already qualified for Rio. You can click here to learn more about each individual swimmer.