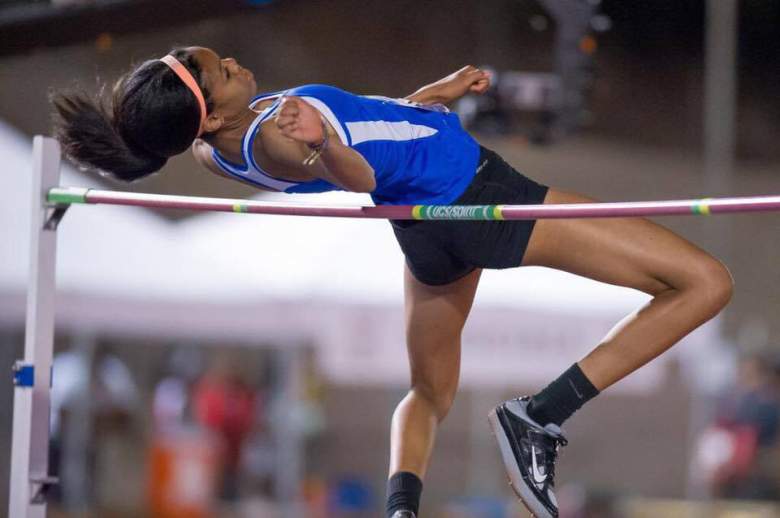 Vashti Cunningham’s Olympic star is rising. On July 3, at age 18, she became the youngest track-and-field Olympian in 36 years, according to NBC sports.

Cunningham earned that distinction when she “clinched a Rio Olympic berth” in the high jump (although she was second to American Chaunte Lowe). Vashti has been called one of America’s best hopes for a gold in Rio. She posted on Twitter the day before she earned an Olympics spot:

Vashti Cunningham (@vashtizzle_) advances to the finals in the high jump at the Olympic Trials#TrackTown16 pic.twitter.com/cc0CdCX4Mg

When she’s not earning Olympic berths, she’s a normal teenager, who just graduated from high school.

According to NBC sports, Cunningham is the daughter of Randall Cunningham, who is a former all-pro quarterback in the NFL. Randall Cunningham played for the Philadelphia Eagles through 1995, and has also been a television analyst and is a pastor. He returned from retirement to play for other NFL teams before leaving professional football for good in 2002, the NFL recounts.

Until late May, Vashti Cunningham was still a senior at Bishop Gorman High School. ESPN says that, in between training for the Olympics, she fights with her dad about homework and bedtime.

According to ESPN, Randall Cunninham is also Vashti’s coach. He’s described the grace of Vashti’s high jumps, according to NPR, by saying they are “kinda like this long-limbed gazelle jumping over a bar.” Although he’s best known for his NFL career, Randall Cunningham was also a high jumper, NPR says.

It’s this natural height that helps give Vashti Cunningham an obvious advantage in the high jump. But it’s more than that. ESPN cites her “natural talent and untapped potential” when saying that many people believe she is not only the Americans’ best hope to get a high jump gold medal in Rio but also that she could very well be “the future of the sport in America.” 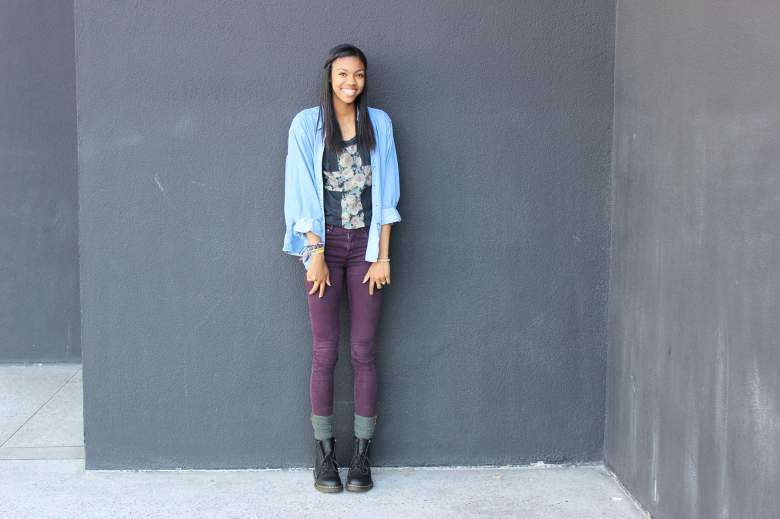 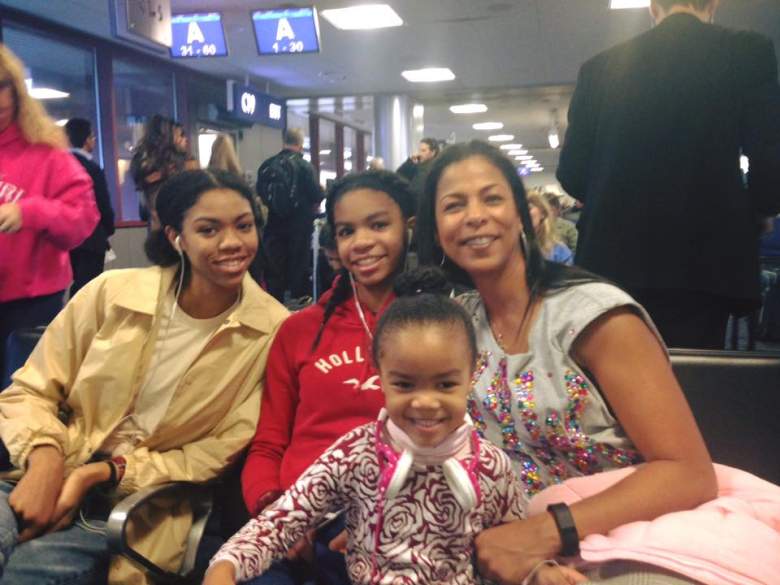 Vashti Cunningham’s mother, Felicity DeJager Cunningham, is also athletic, according to the Las Vegas Review-Journal. The newspaper says that Vashti’s mother was a dancer.

Felicity attended The Dance Theatre of Harlem, which was the first major ballet company in America to prioritize black dancers, says the Review-Journal. The dance theater, located in Manhattan, was founded in 1969. According to the Review-Journal, Vashti said of Felicity:

My mom is a very strong woman. I go to her when I need to replay something in life, and she walks me through it. She keeps me calm. With my dad, it’s always work, work, work. But my mom plays just as big a role in everything we do. She keeps me relaxed. She reminds me I’m still human and what that means. I appreciate her so much.

Felicity frequently posts about Vashti on Facebook. She captioned this photo, “My little sunflower is a senior. Wow! Great game tonight. I love you.”

Felicity Cunningham posted a high school graduation photo of Vashti on May 22, writing, “Vashti did it! She graduated. Thank you Lord.” 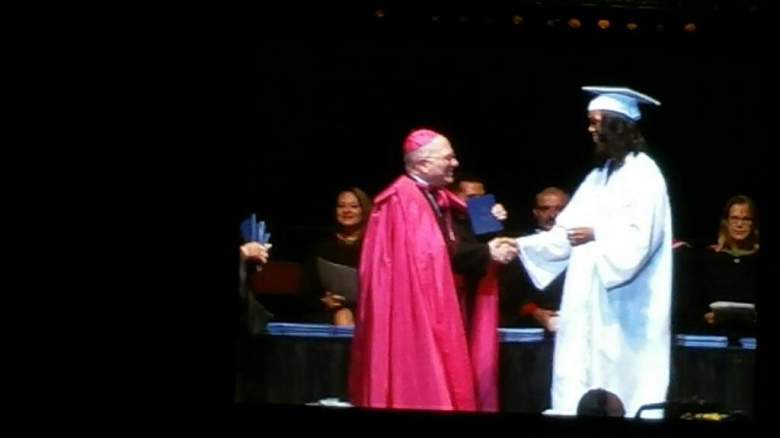 According to NBC sports, she won the title when she cleared 1.92 meters. She signed with Nike the next day, becoming professional. Vashti is skipping college to go pro, the LA Times says. 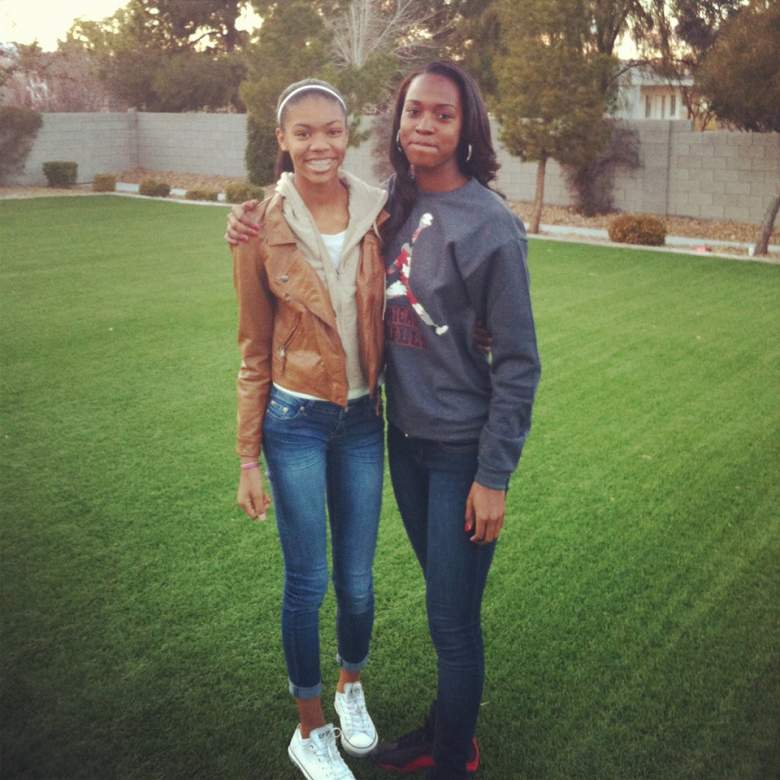 According to SB Nation, Randall Cunningham’s son, Randall, Vashti’s brother, is a high jumper at the collegiate level. He jumps for USC.

Randall Cunningam, Jr. is 6-foot 6-inches tall and a sophomore, according to USC’s official biography for him. According to the bio, Randall, in 2015, “enjoyed an outstanding first season as a high jumper at USC, culminating with him becoming the only freshman All-American in the country in the event and the first Trojan freshman ever to earn that status.”

According to NPR, Randall Cunningham Jr. also has a promising career, winning the NCAA outdoor championship with a leap of 7-foot-4 1/2 (2.25 meters), putting him in contention to also make the Olympics. The Cunningham’s also have a 13-year-old daughter, Grace, the LA Times says.

5. Vashti Cunningham Will Face Some Tough Competitors in Rio

Vashti has American hopes up, but she will have to go through some determined competitors to win gold in Rio. For starters, SB Nation says, there’s Kamila Licwinko of Poland. She was the best non-American high jumper in the world in 2016, posting a 1.99 meter mark. However, SB Nation says Cunningham cleared that mark in March at the U.S. Indoor Championships.

SB Nation says that Cunningham will be joined on the American team by Inika McPherson and Chaunte Lowe. Lowe has been to three Olympics before and was sixth at the London Olympics. Lowe has bested Cunningham, clearing 2.01 meters in the finals, over Vashti’s 1.97-meter mark. McPherson came in third, clearing 1.93, SB Nation says.

Read More
5 Fast Facts, Breaking, Football, Olympics, Rio Olympics 2016
Vashti Cunningham is the youngest track-and-field Olympian in 36 years. She's on her way to Rio, and she's the daughter of the NFL's Randall Cunningham.