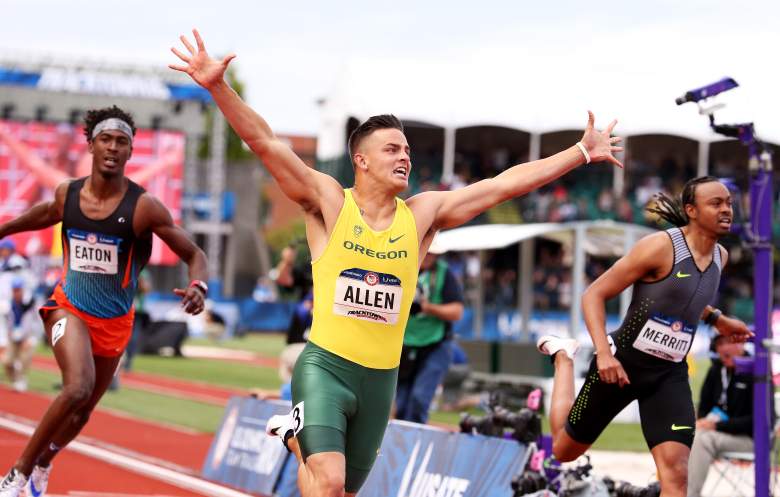 During the college football season, Devon Allen is a wide receiver for the Oregon Ducks. But this summer, he’s running for Team USA in the Rio Olympics.

He qualified for the 110-meter hurdles during the U.S. Olympic Trials in Eugene, Oregon in July and finished in fifth place in the final in Rio. The 21-year-old has a bright one ahead in track and field.

On November 16, he announced plans to skip college eligibility in football and track to compete in track professionally. He hopes to win a medal at the 2020 Summer Olympics.

Here’s a look at Allen’s life and career.

1. Allen Was Baptized Just Two Days Before the Eugene Trials 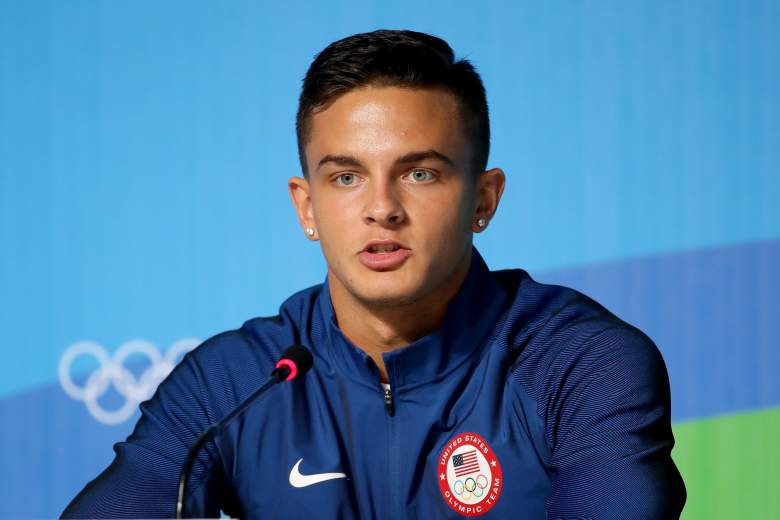 Just two days before he ran a 13.03 that earned him a spot on Team USA’s Olympic roster, Allen completed a different kind of quest. He was baptized in the Willamette River in Eugene. His mother, father, stepmother, his teammates, a chaplin and his football trainer were all there.

Allen’s family was religious, but he wasn’t baptized earlier in his life. He remains religious and decided that just before the Olympic trials was the perfect time to be baptized.

“It’s pretty cool to have a lot of people who care about you and care about how you’re doing as a person… rather than just as an athlete,” Allen told ESPN.

2. He Tore His ACL During the 2015 Rose Bowl & Struggled in Football the Following Season 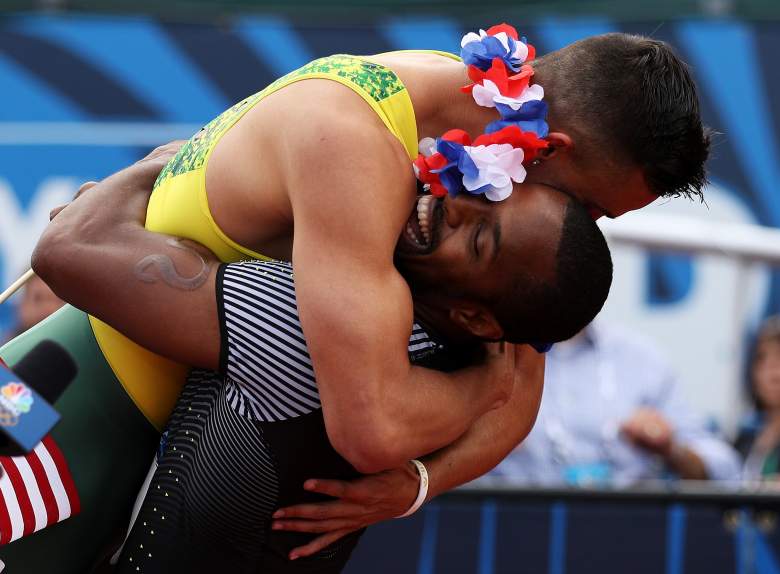 Allen’s college football career couldn’t have gotten off to a better start. In 2014, he finished with 41 receptions for 684 yards with seven touchdowns in 14 games. Unfortunately, his season had a terrible ending. He tore his ACL during the Rose Bowl on the opening kickoff.

In summer 2015, he was forced to be on the outside looking in during the NCAA Track & Field Championships. While rehabbing, he went on a trip to the Dominican Republic with other athletes. He did return to football, but his 2015 season was nothing like 2014. He only had nine receptions and played in just six games.

Allen does plan on playing football again after Rio.

“This will be a big year for him to show he can add some polish to his game,” former NFL scout Daniel Jeremiah told NFL.com. “But you can see on tape how easily he can just run by people. I think he just needs more reps.”

Considering his speed, he could make for a good kick returner, analyst Chad Reuter told NFL.com. 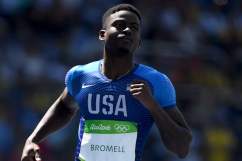 3. His Olympic Trial Run Made Him the Second Fastest Hurdler in the World in 2016 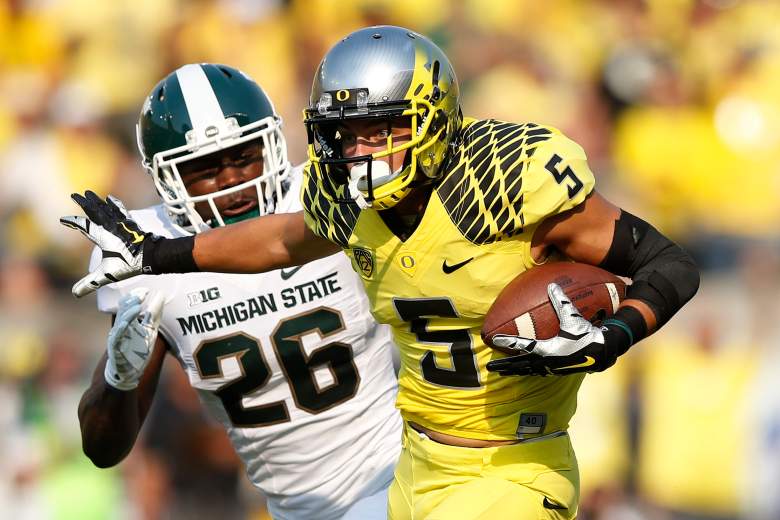 Devon Allen in a game in September 2014 against Michigan State. (Getty)

Allen’s 13.03 time at the outdoor Eugene Olympic Trials in the 100-meter hurdles made him the second-fastest hurdler in the world in 2016. Jamaica’s Omar McCleod holds the best mark of the year, running 12.98 in Shaghai in May. McLeod also ran a 13.01 in Kingston, Jamaica in July. Allen will have to run against McLeod in Rio.

“We had a lot of good training,” Allen told NCAA.com. “Everything went well. I’m feeling good, feeling 100 percent, and now that I’m at the end of the season I’m ready to run fast times. Today was one.” 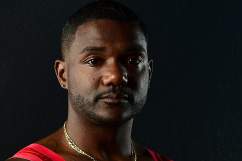 4. Allen Says He Can Apply What He Learns in Football to Track 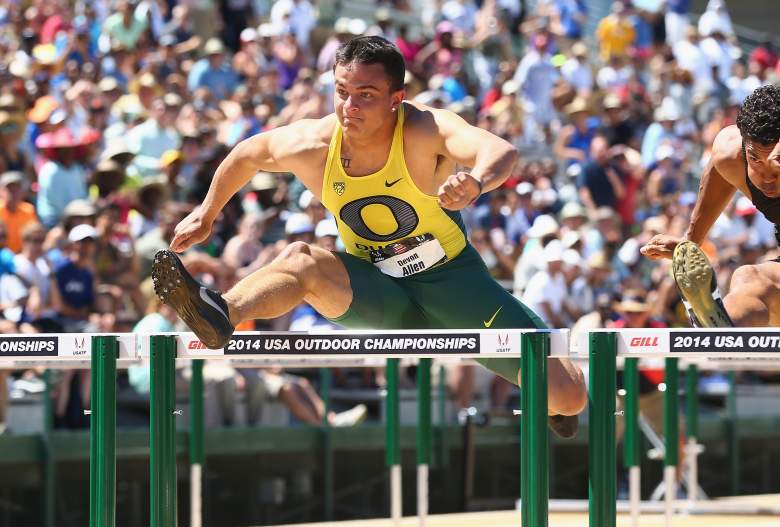 In an interview with SBNation after the trials, Allen said that football has helped him learn to deal with pressure and he’s applied that to track.

“You learn a lot from [football], and it makes you adjust and it has you not really panic,” Allen told the site. “And sometimes in track and field, a lot of athletes panic if something goes wrong, and I’m kind of one of those guys who says, ‘Hey, whatever comes, it will come, and I’ll be okay,’ and kind of roll with the flow, roll with the punches.”

Allen said that the size of crowds at football games has him prepared for the atmosphere at the Olympics. “Some of the track athletes might be a little bit nervous and in awe of the fans and the atmosphere, but I’ve been used to it,” he said.

Allen will also be really relaxed by the time the heats start on Monday. He’s been in Rio since August 4 with his family. 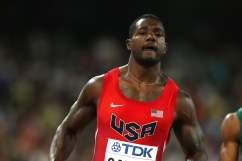 5. He Has the Full Support of the Oregon Ducks Football Team, Even Though He’ll Miss the First Practices 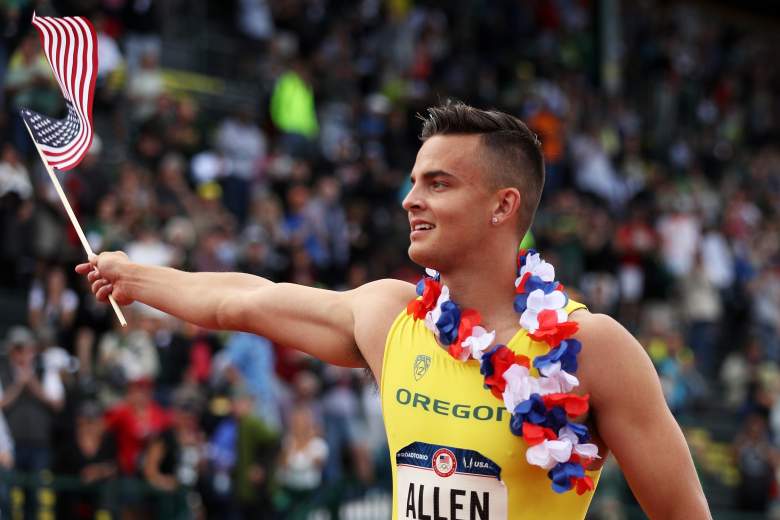 Allen will not be with the Ducks when practice for the 2016 college football season starts, but he still has the team’s full support. In fact, coach Mark Helfrich told Oregon Live that he will be rooting for Allen.

“I get misty every time I sit down and think about it for a while because he’s just such a good dude, first of all,” Helfrich said. “(He’s got) a great family, (he’s a) great representative of our University, and now our country. To be represented by that kid, that’s a lot of good things happening.”

“I’m excited for him, especially after his injury it’s well-deserved,” runnign back Royce Freeman told the media, Fox Sports notes. “He worked hard to accomplish that, and I really couldn’t think of anybody more deserving than that guy after his injury.”