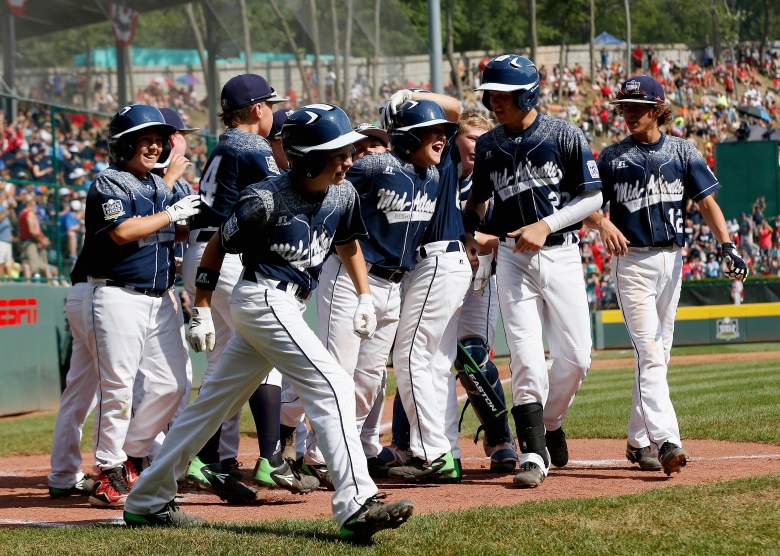 With Sunday’s games postponed due to inclement weather, Monday featured a full schedule at the 2016 Little League World Series in Williamsport, Pennsylvania.

The Asia-Pacific squad, which is from Seoul, South Korea, shut out Canada, 10-0 with a dominating performance. Asia Pacific’s Jungtaek Ru hit a thrilling three-run homer in the fourth inning, but his celebration also drew some attention. As he crossed the plate, Ru and his entire team struck Usain Bolt’s signature move. Their next opponent is Latin America on Wednesday at 5 p.m.

The competition continues with five games scheduled for Tuesday. Tuesday’s winners will have to win again on Wednesday, and then on Thursday for chance to play in the U.S. or International Championship Game. The eventual U.S. champion will go up against the international champion on August 28 to vie for the the Little League World Series champion title. In each of the last four years, an international team has been crowned the champion.

Tuesday’s games will be broadcast on ESPN.

Your daily look at the #LLWS bracket. For full results head to https://t.co/Qbh1A4BRo1 pic.twitter.com/weZ3EzBiRz

Read More
Baseball, Sports
The Little League World Series continues with another action-packed day in Williamsport. Here is the full schedule and results.