Daniel Bryan retired from wrestling earlier this year due to health concerns. (WWE.com)

The most memorable WWE moment of the week came on Talking Smack, when The Miz called out Daniel Bryan for getting injured and abandoning his fans. A very dejected Bryan said that he would return to the ring if the WWE let him, which instantly set off a debate about whether Bryan could actually wrestle again. Now we’re learning that this is not out of the realm of possibility.

Forbes is reporting that World Wrestling Entertainment has not shut the door on Bryan returning to the ring in the future.

In addition, the report says that the WWE plans to continue this angle of having superstars mock Bryan for his inability to wrestle, slowly teasing a potential return. Forbes also notes that the Talking Smack moment was done with the specific aim of playing on viewers’ desire to see Daniel Bryan back in action, although the clip blew up to a degree the WWE wasn’t expecting.

Earlier this year, Daniel Bryan was forced to retire from wrestling after suffering at least 10 concussions during his time with the company. When he started having seizures due to these head injuries, Bryan realized he would have to give up the thing he loves most.

But technically, Bryan was actually cleared by UCLA doctors to wrestle again. It was the WWE’s medical team that would not allow him back in the ring. If they were to give him the clear, Bryan could theoretically get back at it. And even if they didn’t, depending on the conditions of his contract, Bryan could potentially leave the WWE and wrestle for another company.

Given the extent of his injuries, though, doing so would probably be unwise, and as much as fans would love to see Bryan perform again, many are already beginning to express concern that Bryan would consider taking the risk.

“I’m sure [never wrestling again is] a tough pill to swallow and it must be incredibly hard being around what he wants to do, day in and day out, but with all the seizures he’s had he’s in a precarious position where one bad move could wreck havoc on his health,” one fan wrote on Reddit.

Bryan’s wife, Brie Bella, would also probably be quite uncomfortable with her husband making this decision. In an ABC News interview conducted earlier this year, she opened up about how utterly terrified she was to see one of Bryan’s seizures firsthand.

“I was with him with one of his seizures after a concussion,” she said. “It scared me so bad. I lost it.”

Even in Forbes’ report, they note that ultimately Bryan’s return is still unlikely, but this is the first time we’re hearing that there is a slight possibility of it happening down the line. We also now know that that Miz confrontation was not a one time thing; we’ll be hearing much more about Bryan’s desire to un-retire in the future, even if it doesn’t ultimately end up happening. 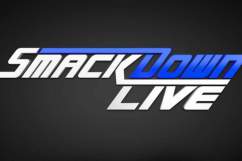 WATCH: The Miz Screams at Daniel Bryan on ‘Talking Smack’