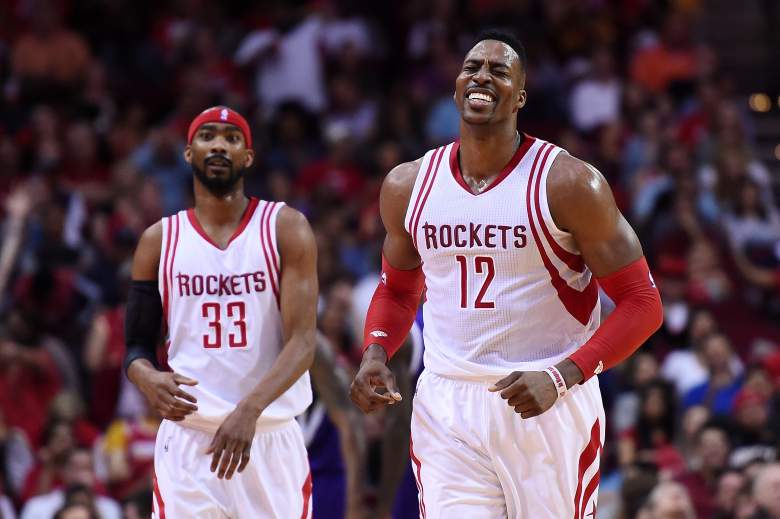 After sneaking into the playoffs in Mike Budenholzer’s first season as head coach in 2013-14, the Atlanta Hawks have been one of the East’s better teams in each of the last two seasons, only to run into the Cleveland Cavaliers. After being swept by the Cavs in the 2015 Eastern Conference Finals, Atlanta met a similar fate in the second round of the playoffs last season. With some significant changes to their rotation, the Hawks will look to pose a greater threat to the reigning NBA champions in 2016-17.

The two biggest changes occurred at the point and in the pivot, as the trade of Jeff Teague to Indiana opens the door for Dennis Schröder to take over as the team’s floor general. And in the post, the loss of Al Horford in free agency opened the door for Atlanta native Dwight Howard to return home after playing in Orlando, Los Angeles and Houston. Atlanta rewarded guard Kent Bazemore for a quality 2015-16 campaign with a new contract worth $70 million over four seasons, and they also veteran guard Jarrett Jack.

The Hawks added some youth as well, with the Teague deal delivering Baylor wing Taurean Prince via Utah’s first round selection and former Saint Joseph’s wing DeAndre Bembry being Atlanta’s first round pick. In Budenholzer the rookies have a good coach to learn from, and on a team that also returns the likes of Kyle Korver and Thabo Sefalosha the veterans will help in their development as well. Getting back to the playoffs is the minimum expectation for Atlanta, and if Howard can rebound from a disappointing final season in Houston the Hawks will have a shot at advancing. 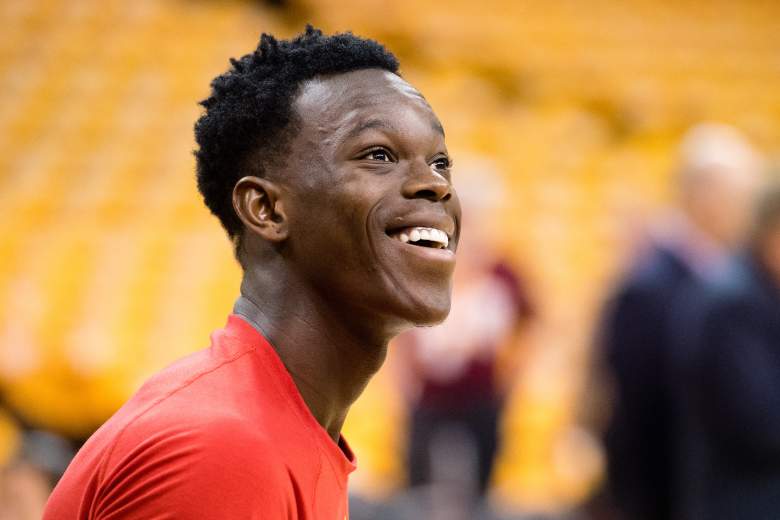 G: Dennis Schröder (11.0 ppg, 2.6 rpg, 4.4 apg in 2015-16) Schröder spent his first three seasons serving as Jeff Teague’s backup, developing to the point where the franchise is ready to have him lead the way. Schröder averaged 11.7 points and 3.6 assists per game during last season’s playoffs, which included a 12-point, eight-assist outing in the Hawks’ series-clinching win over Boston and a 27-point outing in Game 1 of the Cleveland series. His continued growth will play a major role in how good Atlanta can be this season.

G: Kent Bazemore (11.6 ppg, 5.1 rpg, 2.3 apg) After entering the NBA as an undrafted free agent out of Old Dominion, Bazemore’s developed into a valuable starter on the receiving end of significant interest on the free agent market last summer. The Hawks managed to hang onto him to the tune of $70 million over four years, and he’ll be asked to build upon a season in which he averaged 11.6 ppg but shot just 44.1 percent from the field.

F: Kyle Korver (9.2 ppg, 3.3 rpg, 2.1 apg) Korver’s scoring average may not jump off the page, but as one of the NBA’s best shooters he provides the Hawks with valuable spacing on the offensive end of the floor. But after shooting 49.2 percent from three in 2014-15 Korver’s numbers dipped last season, as he made just 39.8 percent of his attempts. Can he bounce back? And how will Horford’s departure impact his effectiveness? Those are two questions to consider going into the 2016-17 season.

F: Paul Millsap (17.1 ppg, 9.0 rpg, 3.3 apg) While losing Horford’s overall offensive skill set is a hit for Atlanta, they do have Millsap to turn to at the four. Millsap isn’t the perimeter shooter that Horford was, but he does have the ability to step out into the mid-range area and knock down shots while also being a solid passer. It will be interesting to see how his game combines with that of Howard, who isn’t as versatile offensively as Horford.

C: Dwight Howard (13.7 ppg, 11.8 rpg) Howard’s move from Los Angeles to Houston started off well, but by the end of his three-year run it was clear that there was a need for a change in scenery. Howard’s average of 13.7 ppg was the lowest since his rookie season (2004-05), and while he shot 62 percent from the field his influence was limited in a system that leaned upon James Harden. In a different system with better ball movement, Howard has the chance to rejuvenate his career in his hometown. 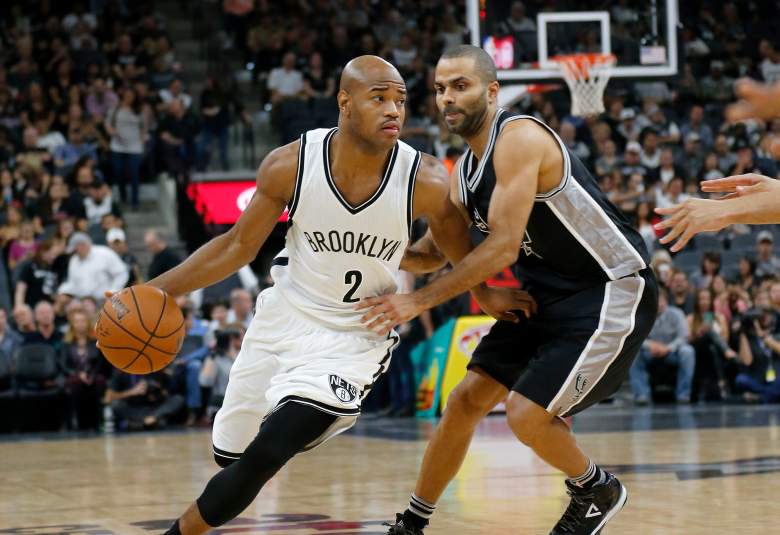 G Malcolm Delaney: Delaney, who played for Lokomotiv Kuban last season, will be the Hawks’ backup point guard after signing a two-year guaranteed deal in July.

G: Tim Hardaway Jr. (6.4 ppg, 1.7 rpg) In his first season in Atlanta after two with the Knicks, Hardaway played in 51 games and shot 43 percent from the field and 33.8 percent from three. The question for Hardaway is whether or not he can evolve into a consistent shooter off the bench to help when Korver needs a break.

G: Thabo Sefalosha (6.4 ppg, 4.5 rpg) One of the top defenders on the wing, Sefalosha played in 75 games after having his 2014-15 season cut short by a broken leg. He’ll play a similar role this season, with others providing the offense while Budenholzer asks Sefalosha to be a key defender off the bench.

F: Kris Humphries (6.5 ppg, 4.1 rpg) Humphries joined the Hawks in March, signing with the team after being waived by the Suns. Humphries provides additional depth in the front court, and the 6-foot-9 vet has the ability to be a solid pick and pop option at the four.

F: Mike Scott (6.2 ppg, 2.7 rpg) Scott can play either forward spot, providing valuable versatility to the rotation. Last season the Virginia product shot 46.8 percent from the field and 39.2 percent from three in just over 15 minutes per game.

F/C: Mike Muscala (3.3 ppg, 2.0 rpg) The 6-foot-11 Bucknell product was on the periphery of the Atlanta rotation, as he averaged just over nine minutes per contest in 60 games played. He’ll likely be in a similar role this season, especially with the return of Tiago Splitter.

C: Tiago Splitter (5.6 ppg, 3.3 rpg) Splitter, acquired by way of a trade with San Antonio prior to last season, played in just 36 games before being shut down in order to address a lingering hip issue. Now healthy, look for Splitter (who’s in a contract year) to serve as Howard’s primary backup in 2016-17.

Other Players in Hawks Training Camp 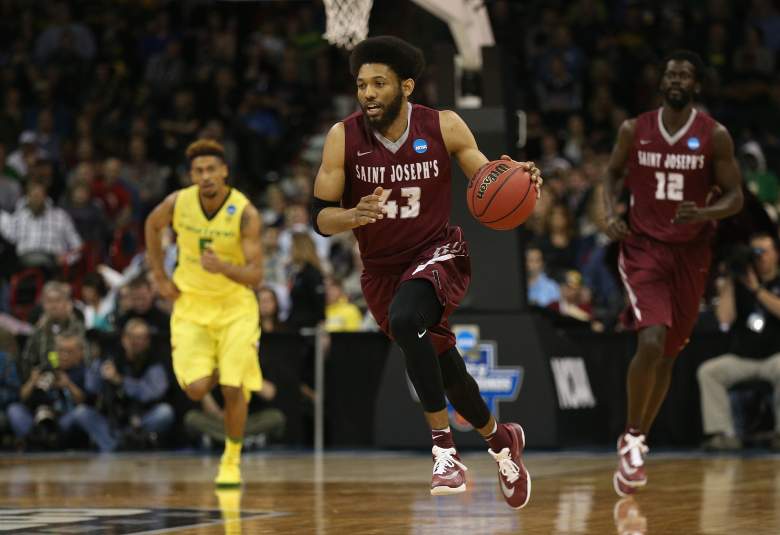 G Taurean Prince: Prince comes to Atlanta via Utah in the aforementioned draft day trade that sent Teague to Indiana. He’s a wing of the future for the Hawks.

F/G DeAndre’ Bembry: Bembry’s in a similar spot to that of Prince, as he was Atlanta’s first round selection in June. With Korver and Sefalosha both entering the final year of their respective contracts, the former Saint Joseph’s star will be a key figure moving forward.

C Walter Tavares: Tavares played in just 11 games for the Hawks last season, averaging 2.3 points and 1.9 rebounds per game. His guaranteed contract likely ensures him of a roster spot, but playing time will be tough to come by.

UPDATE (10/17): Atlanta announces that forward Matt Costello has been waived.

UPDATE (10/20): The Hawks announce that they have waived guard Jarrett Jack.

UPDATE (10/23): The Hawks announce that they have waived guards Will Bynum and Josh Magette.

Read More
Atlanta Hawks, Basketball NBA, Dwight Howard, NBA
Even with the losses of Al Horford and Jeff Teague, the Hawks will once again be in the mix to win the Southeast Division.