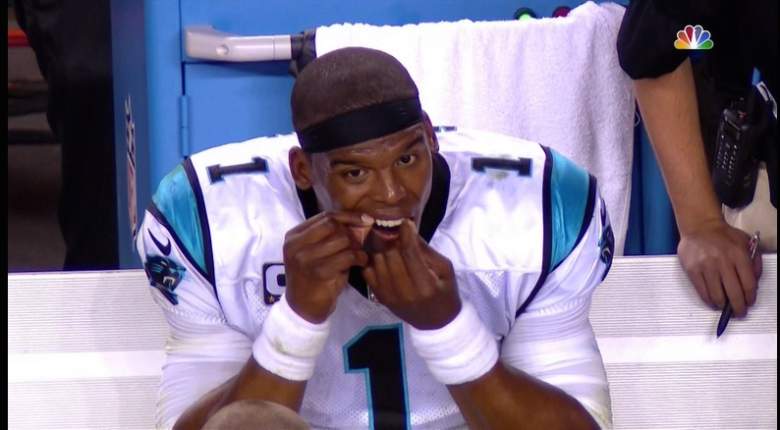 Cam Newton squeezed in some flossing time during Thursday’s opener against Denver. (Twitter)

Cam Newton, the Carolina Panthers quarterback, got some flossing done in between downs Thursday night during the opener in Denver.

NBC commentator Cris Collinsworth announced what he — and the rest of the country — saw on live television. Twitter had some fun with it:

And for those of us who don’t make the time to floss, like our dental hygienists tell us, there’s these:

PSA ON ORAL HEALTH: If Cam Newton finds time to floss his teeth, you have NO excuse https://t.co/vPfp9ROYCL

Dammit. If Cam Newton can make time to floss in the middle of a game I should probably get my floss life together.

If Cam Newton can floss in the 3rd quarter. I can find time at night. Thanks for the inspiration Cam!

Then, of course, there were those who related it to the actual game:

Cam Newton has been eating up on that Broncos secondary so much he needs to floss mid game. pic.twitter.com/YQCtm4nx7p

Later, after Broncos running back C.J. Anderson scored a touchdown, NBC’s Al Michaels said, “That’s like going to the dentist.”