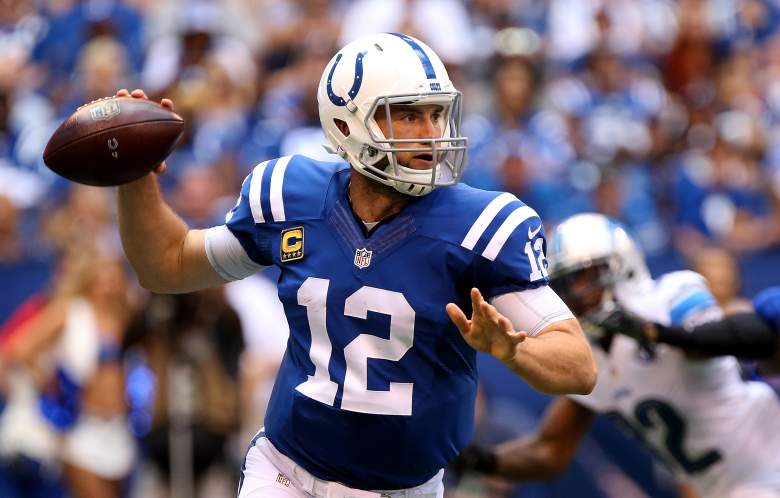 Andrew Luck and the Colts take on the Broncos this afternoon. (Getty)

The Indianapolis Colts take on the Denver Broncos in an NFL Week 2 afternoon matchup. The game kicks off at 4:25 p.m. Eastern and will be broadcast regionally by CBS.

TV Channel: CBS will broadcast the game regionally. Click here to see what game will be broadcast in your area.

Line: Broncos by 6.5 (Odds courtesy of OddsShark and subject to change.)

Game Preview: Today will mark the first Colts-Broncos game in quite some time where Andrew Luck is not battling Peyton Manning. Instead, Trevor Siemian will be behind center for the Broncos.

Denver is favored at home by a little less than a touchdown over the Colts. Indianapolis will look to get its first win of the season, after giving up a late score to the Lions to lose their opening game.

Luck and the offense looked great while the defense looks to be a work in progress. The Colts offense will be tested against the stout Broncos defense. Meanwhile, the Broncos offense will look to take another step forward with Siemian at quarterback.