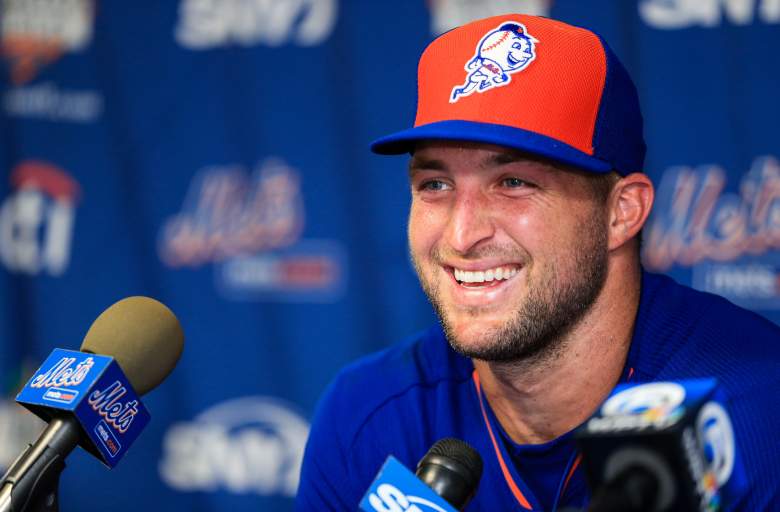 Tim Tebow speaks at a press conference after a work out at an instructional league day at Tradition Field on Sept. 30. (Getty)

Former Florida Gator and NFL quarterback Tim Tebow made his instructional league debut by putting one — the first one, in fact — over the fence.

The 29-year-old, who signed a minor league contract with the New York Mets, hit a homer at the team’s spring training facility in Port St. Lucie, Florida. It was the first pitch he saw in his first at-bat. Katie Johnson, a local journalist caught the home rum on video:

Before his Wednesday debut, Tebow had two hits, scored a run and ended a three-inning game with a sliding grab in a Tuesday simulated game, according to the Associated Press. 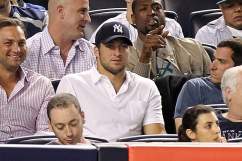