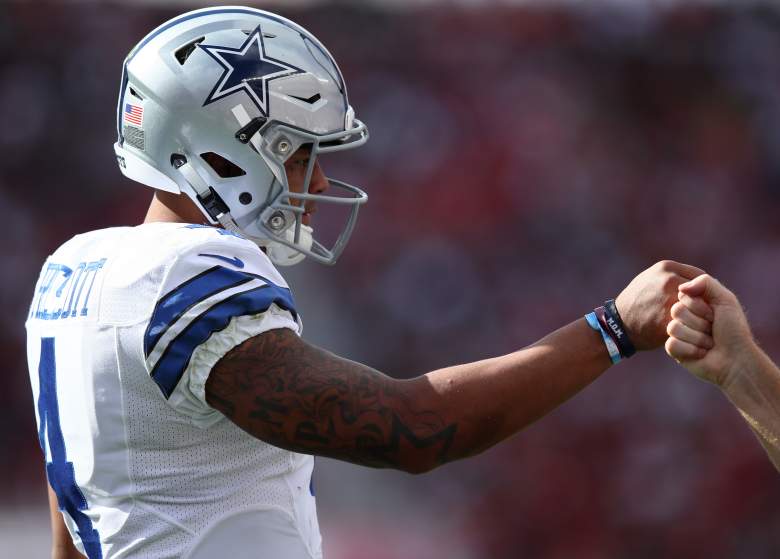 The Cowboys take on the Bengals on Sunday afternoon. (Getty)

The Dallas Cowboys host the Cincinnati Bengals in a cross-conference matchup. The game gets started at 4:25 p.m. Eastern on CBS.

TV Channel: The game is carried regionally on CBS. Click here to see if you live in an area broadcasting the game.

Line: Bengals by 2.5 (Line is courtesy of OddsShark and subject to change.)

Game Preview: The Cowboys take on the Bengals in a rare AFC-NFC matchup. Cincinnati has had an up and down season but recovered last week with a win over Miami on Thursday Night Football. The Bengals come into the game at 2-2 while the Cowboys are 3-1.

Dallas have started the season better than many expected with Tony Romo sidelined. Rookie Dak Prescott has looked better each week as he gains more and more experience.

Prescott has managed to survive with Dez Bryant banged up and has relied on receivers like Cole Beasley to keep the offense going. The Cowboys are coming off a victory over the 49ers. Vegas likes the Bengals as slight road favorites in today’s game.