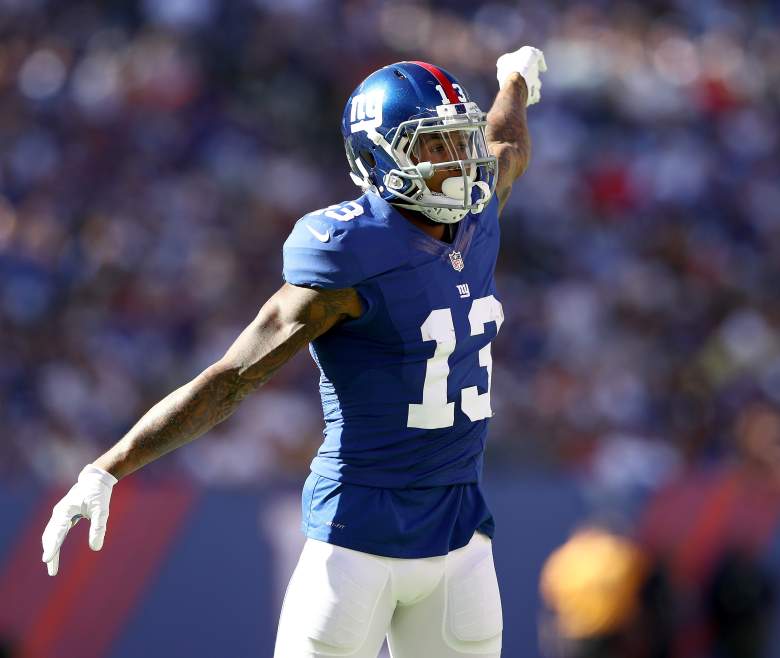 Odell Beckham Jr. left the Giants game against the Ravens during the first half with a hip pointer injury. His return to the game was questionable, but OBJ ended up returning.

Beckham went up in the air to attempt to make a catch and landed directly on his hip. Beckham went to the locker room briefly, but returned to action in the second quarter. Fantasy owners and Giants fans can both breathe a sigh of relief. He immediately made an acrobatic catch that was ruled out of bounds, but it was good to see him back in action.

Beckham had two receptions for 11 yards on three targets in the first half.