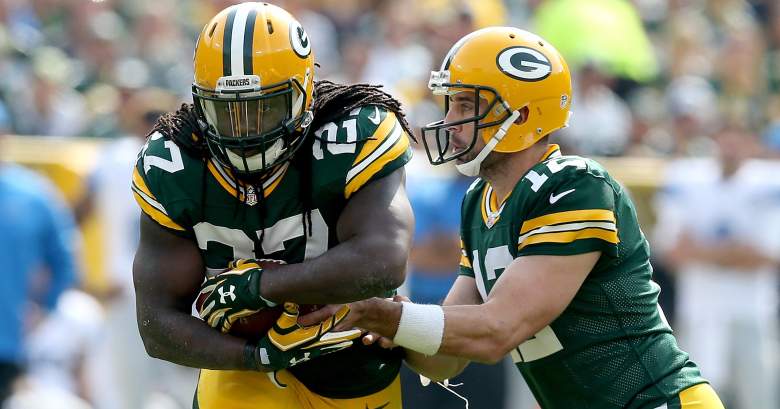 Aaron Rodgers hands the ball off to Eddie Lacy during Week 3. (Getty)

The Green Bay Packers are back on the turf of Lambeau Field in Week 5 when they host the New York Giants on Sunday Night Football.

Kickoff is scheduled for 8:30 p.m. Eastern and the game will be televised nationally on NBC.

On the call will be Al Michaels (play-by-play), Cris Collinsworth (analysis) and Michele Tafoya (sideline).

The Packers are coming off their bye week after beating the Lions 34-27 in their most recent game. Green Bay jumped out to a 31-3 lead before holding off Detroit late.

The Giants come in losers of two straight. They fell 24-10 at Minnesota on Monday Night Football in Week 4.

Odell Beckham Jr. was held to 3 receptions and 23 yards, a career-low. For the season he has 22 catches for 303 yards, but has yet to reach the endzone.

Here are the details for the Packers-Giants SNF game: 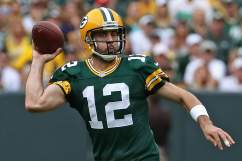