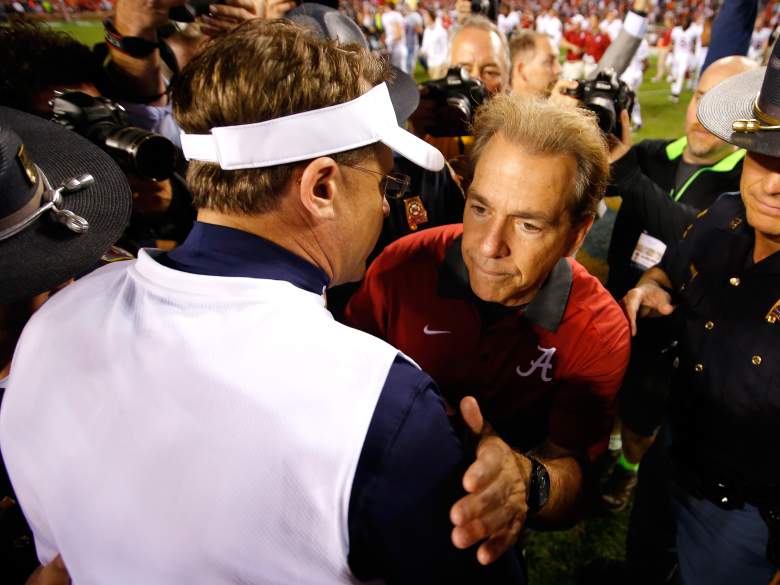 Auburn and Alabama square off in a highly anticipated Iron Bowl. (Getty)

Auburn hosts Alabama in another Iron Bowl matchup. According to OddsShark, the Crimson Tide are favored by 17 points.

The over-under is set at 47 points. The OddsShark computer projects a 42.1-32.5 Alabama victory. The computer is taking Auburn against the spread and the over on the point total.

Both teams have done well against the spread this season and stand at 8-3.

The S&P+ projections are more bullish on Alabama’s chances and project a 33.4-16.1 victory.

Auburn’s chances to win are slim against a versatile Alabama team that seemingly has no weakness. The addition of freshman quarterback Jalen Hurts has added an explosiveness to the Crimson Tide offense that was not there in recent years.

With the Alabama defense continuing to be one of the best in the country, it is difficult to see where Auburn can attack with their challenges at quarterback.

Given the nature of this rivarly matchup, Auburn has a history of hanging around in the Iron Bowl. Heavy likes Alabama to win, but Auburn in a back door cover situation.