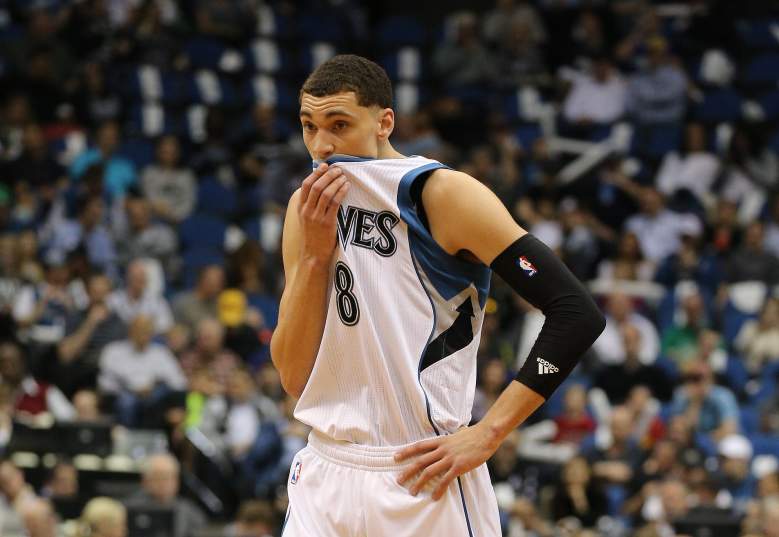 As the winner of the last two NBA Slam Dunk contests, Minnesota Timberwolves guard Zach LaVine has earned the status of being one of the best dunkers in NBA history despite being just 21 years old. Friday night in the Timberwolves’ game in Phoenix, LaVine added another prolific dunk to his résumé with Suns center Alex Len being on the receiving end of a vicious posterization.

While Len is listed at 7-foot-1, LaVine is 6-foot-5. That being said, LaVine posted a running vertical jump of 46 inches in his pre-draft workout with the Los Angeles Lakers in 2014. And with two-plus years in the NBA under his belt (and the workouts that come with the professional status), it’s likely that LaVine’s jumping even higher now.

That all being said, credit Len for attempting to do his job as the rim protector.

LaVine’s dunk tonight is now the most impressive one he’s thrown down this week, topping the 360-degree one-handed dunk from near the foul line after a team practice. Teammate Andrew Wiggins, a good jumper in his own right, captured video of that impressive dunk.

Hopefully LaVine makes a run at a third consecutive dunk contest title in February, with Orlando’s Aaron Gordon once again being his main competition.

Zach LaVine and Aaron Gordons AWESOME 2016 Slam Dunk DuelTake a look back at one of the best dunk contests in the history of All-Star Weekend between Zach LaVine and Aaron Gordon! About the NBA: The NBA is the premier professional basketball league in the United States and Canada. The league is truly global, with games and programming in 215 countries and territories in…2016-02-14T06:37:46.000Z 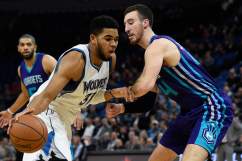 Timberwolves vs. Suns Live Stream: How to Watch Online