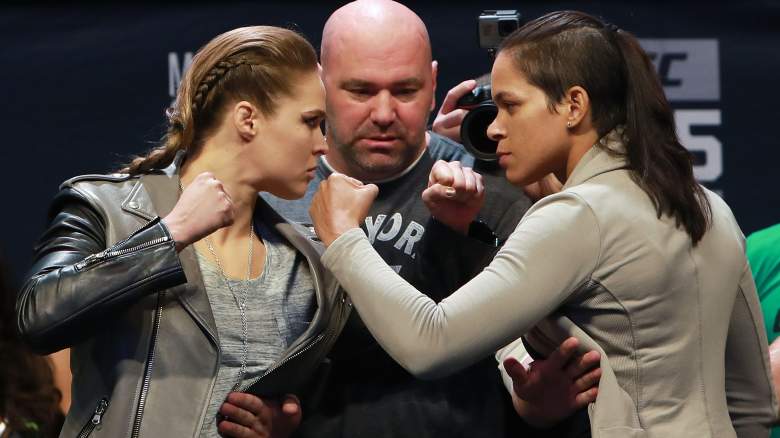 More than a year after suffering a stunning loss at the hands of Holly Holm, Rousey, one of the most popular figures in the business, will return to the Octagon on December 30 to take on Amanda Nunes for the bantamweight championship at UFC 207 in Las Vegas.

The 28-year-old Nunes, who became the third woman to hold the bantamweight title since Rousey’s defeat when she put together the Performance of the Night against Miesha Tate in the UFC 200 main event, is being pegged as the underdog against the former champ.

No matter what happens, though, it’s going to be an appropriate way to put an end to what has been a thoroughly entertaining 2016 in the UFC.

Here’s everything you need to know about the fight and UFC 207:

Start Time: PPV starts at 10 p.m. ET; Nunes vs. Rousey will be last on the card

TV Channel: PPV; You’ll be able to order the event right here once the date gets closer

Note: The card is not yet complete, and the order is not official. We know that Nunes vs. Rousey will be the main event, and Dominick Cruz vs. Cody Garbrandt will be the co-main event.

Read More
Ronda Rousey, UFC
Everything you need to know about Ronda Rousey's next fight and return to the Octagon.