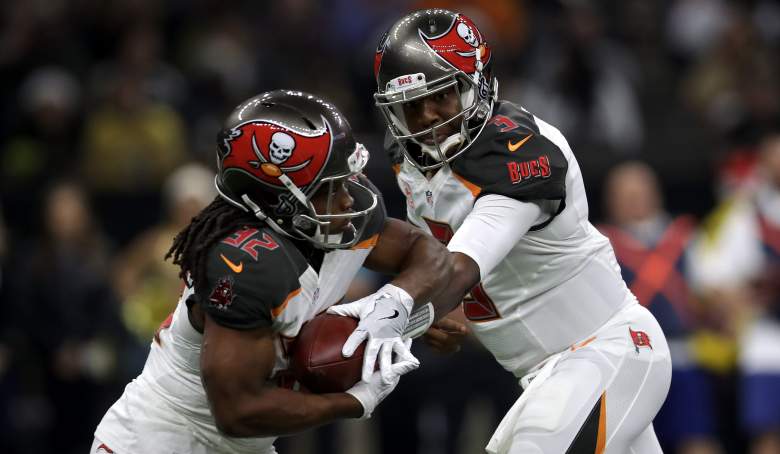 The Tampa Bay Buccaneers take on their NFC South rival Carolina Panthers in the regular season finale for both teams on Sunday.

Kickoff is scheduled for 1 p.m. Eastern from Raymond James Stadium and it will be aired on FOX.

Betting Percentages: 52 percent for the Buccaneers (-4)

Betting Percentages: 69 percent for the OVER

Not exactly the season the Panthers were looking to have. The defending NFC Champions stumbled out the gate to a 1-5 record, pretty much ending their season by their bye week barring a big turnaround. The turnaround didn’t exactly happen, though Carolina is 5-4 since Week 8.

The Buccaneers also got off to a typical Tampa Bay start — 3-5. But the Bucs got hot, winning 5 straight to put themselves firmly in the playoff discussion. But they’ve dropped the past 2. And while they’re playoff hopes are completely dashed, they need to win Sunday and then hope for a bunch of other things to happen. Click here to see what they need to happen. Doesn’t exactly look promising.

But what’s going to happen in Week 17?

The Buccaneers beat a Cam Newton-less Panthers squad in Week 5 on a late field goal. But the teams are in different places now.

The Buccaneers have some impressive wins on the year — Atlanta, Kansas City and Seattle, to name a few. And, as mentioned above, if they want to keep their wafer thin playoff hopes alive, they must beat the Panthers. Also, a victory would see them finish at 9-7 and it would be their first winning season since 2010. They certainly have motivation.

Carolina (6-9) probably just wants to see this season end, but it would love to knock off a division rival to end the year, of course.

Before we get to the prediction, let’s take a look at some recent betting trends. The Buccaneers are 6-1 against the spread over the past 7 games, but just 3-6 ATS in the last 9 at home. The Panthers 4-7-2 against the spread in the past 13, including 2-8-1 ATS on the road in the last 11. The UNDER has come in on 4 of the past 6 games for the Bucs, while the OVER has won in 5 of Carolina’s past 7 road games.

The Buccaneers will be without running back Doug Martin, who has been suspended for violating the league’s PED policy. Expect a heavy dosage of Jacquizz Rodgers, who has been Tampa’s best all-around back. The Bucs will benefit from that, but they’ll also be without breakout tight end Cameron Brate, who is sidelined with a back injury. That’ll be a blow to Jameis Winston in the passing game, but they still have wide receiver Mike Evans, who ranks in the top 5 in receptions (91), yards (1,256) and touchdowns (11).

Cam Newton (questionable — shoulder) has really struggled. The Panthers QB has cracked the 50 mark in completion percentage just once in the 6 games. That’s awful. There’s no reason to expect he’ll snap out of it Sunday despite the Bucs sub-par pass defense.

The bottom line is the Buccaneers have motivation to play — slim playoff hopes on the line as well as a winning record for the first time in 6 years.

Tampa will get the win here, but much like in Week 5, it’ll be pretty close and low-scoring.