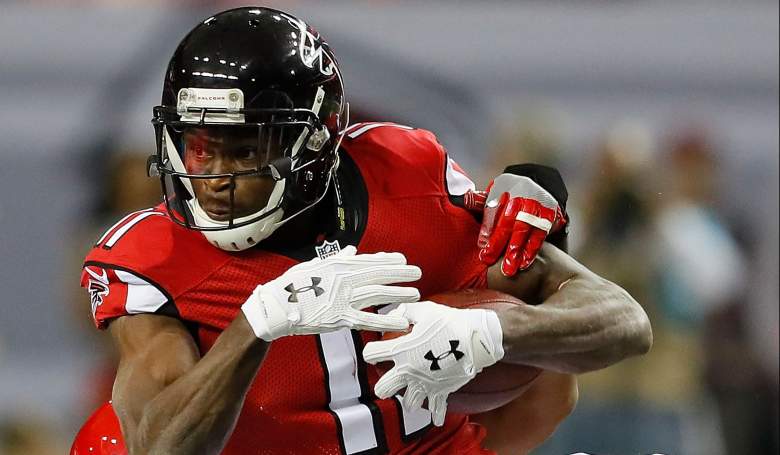 A first-round playoff bye is on the line when the Atlanta Falcons host the New Orleans Saints on Sunday.

Start time is scheduled for 4:25 p.m. Eastern from the Georgia Dome and the game will be televised by FOX.

Betting Percentages: 52 percent for the Falcons (-7.5)

Betting Percentages: 71 percent for the OVER

Like stated above, the Falcons can earn a first-round playoff bye with a win, so you know the motivation will be there.

This is a matchup of the two most prolific offenses in the league. And neither cares much about defense, though Atlanta has certainly improved over the past 5 games (4-1), allowing less than 20 points in all but one. Those games haven’t exactly been against powerhouses, though (Cardinals, Chiefs, Rams, 49ers and Panthers). The Saints are obviously a different animal. So we’re almost certainly looking at a shootout here.

The Falcons should have Julio Jones (toe) active, but MVP candidate quarterback Matt Ryan will be without explosive play-making receiver Taylor Gabriel, who is out with a foot injury. Atlanta will still have the dangerous running back duo of Devonta Freeman and Tevin Coleman, who will give the Saints fits. In the first meeting, a Falcons 45-32 victory, Freeman ran for 152 yards and caught a touchdown, Coleman piled up 3 rushing TDs.

Speaking of causing problems, expect Saints QB Drew Brees to do just that to Atlanta’s defense. He needs 142 yards to reach the 5,000 mark for the fourth time. Bank on that happening. And a few touchdowns, too. Running back Mark Ingram needs to just 60 yards for the first 1,000-yard campaign of his career. Expect that to happen, also.

So with that in mind, can they take down the Falcons and their shot at a first-round bye?

Let’s take a look at some recent betting trends before getting to that prediction. The OVER has come in on the Falcons’ last 5 games, while they’ve gone 4-1 against the spread over that time. The Saints are 8-3-1 ATS in their past 12 games and 9-1-1 against the spread in the last 11 as underdogs, as they are Sunday.

The Falcons have everything to play for, though the Saints are looking to play the part of spoiler to their division rival. Will it happen? I don’t think so. This is going to be a back-and-forth game and the Saints will keep it close. But the Falcons will have enough behind the right arm of Ryan and the legs (and hands) of Freeman and Coleman to squeak it out at home and earn that week of rest during the first weekend of the postseason.

The Pick: Falcons 34-31 (Falcons win straight up, Saints cover the spread, the OVER comes in)

Read More
Atlanta Falcons, Football, New Orleans Saints, NFL
Atlanta hosts New Orleans in an important Week 17 game for the Falcons. Keep reading here to find out how to catch all the action on TV & online.