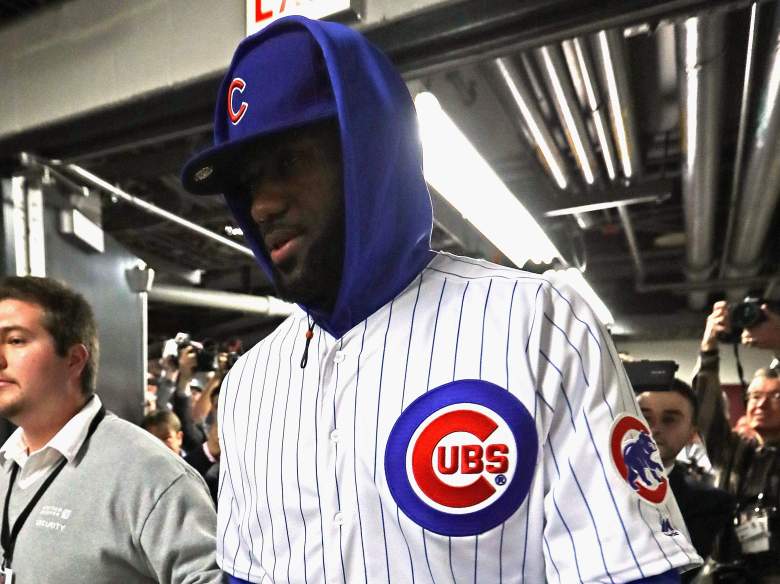 Wagers over sporting events, both large and small, happen every day amongst fans, political figures and even the athletes themselves. In the case of the athletes, what’s on the line has nothing to do with the money and everything to do with a prize such as a funny uniform or paying for dinner or something to that effect. In the case of Cleveland Cavaliers forward LeBron James and Chicago Bulls guard Dwyane Wade, long-time friends who were also teammates in Miami for four years, what was on the line was a uniform.

And with the Cubs winning the World Series in seven games, their first title in 108 years, it was James who had to wear a special getup for his arrival at the United Center for Friday’s game between the Cavs and Bulls. There was a large media crowd awaiting James, and Wade made sure to be there as well, and even the Chicago Cubs mascot made an appearance at the United Center.

The moment has FINALLY arrived! @KingJames rocking the @Cubs gear to honor his World Series bet payoff to @DwyaneWade. ? pic.twitter.com/9WCgGAILt2 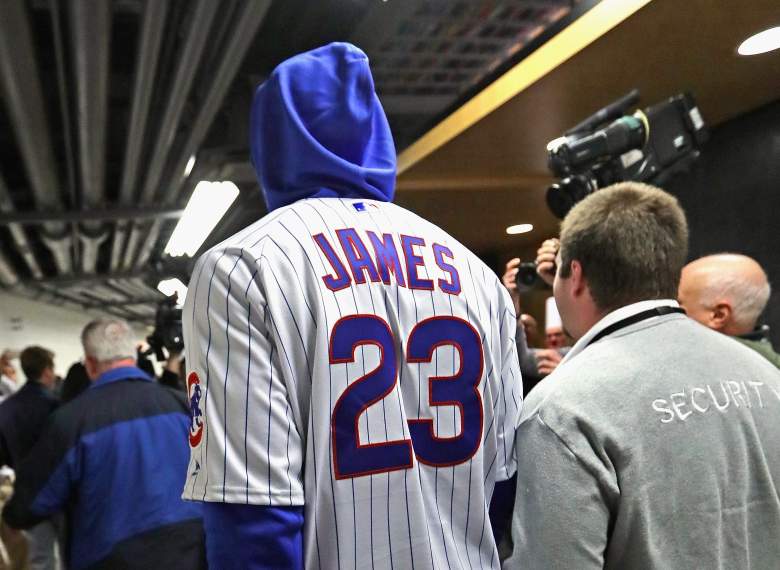 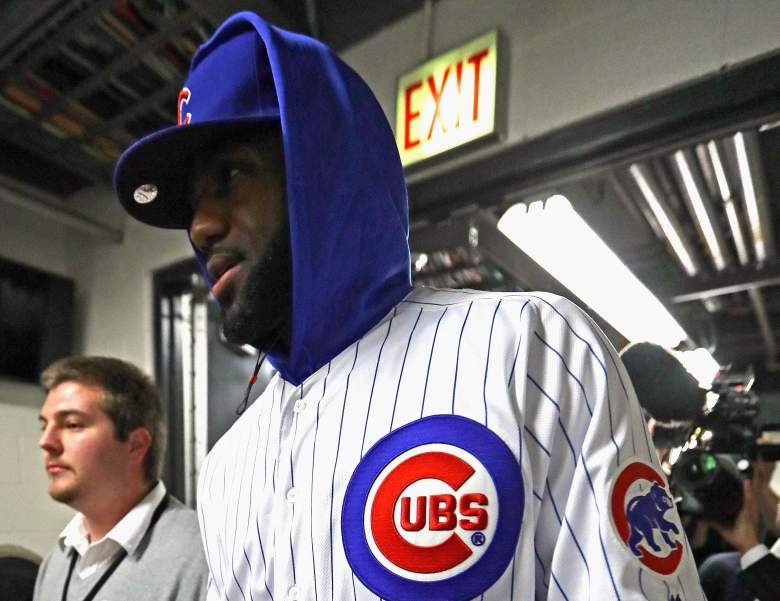 With LeBron in full uniform (no spikes, however), the Cubs made note of it via their Twitter account.

The #Cubs have unofficially signed @KingJames to a 1-day deal.https://t.co/JAfJABmJYl