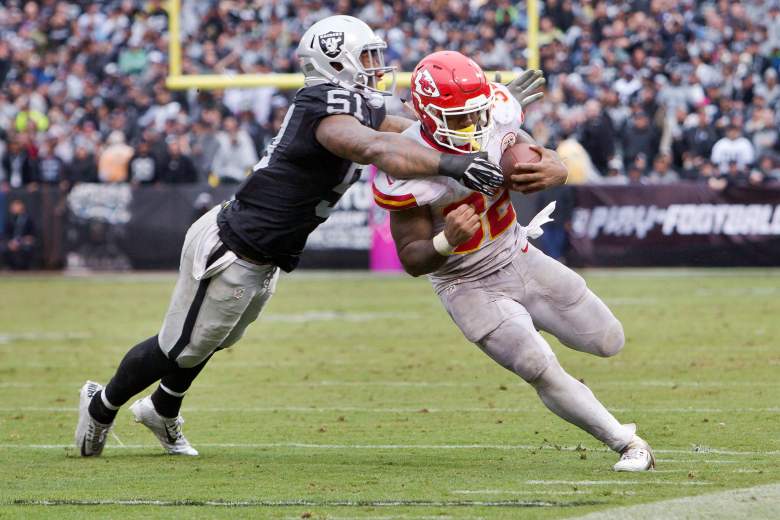 The Raiders and Chiefs fight for the top spot in the AFC West. (Getty)

The Oakland Raiders and Kansas City Chiefs square off at Arrowhead Stadium on Thursday Night Football. According to OddsShark, the Chiefs enter the matchup as a three point favorite.

The over-under is set at 46 points. Oakland has gone 7-4 against the spread while Kansas City comes in at 6-6 against Vegas. The OddsShark computer likes the Raiders chances of coming up with the road win.

The computer projects a 25.3-23.9 Raiders victory. The computer is taking the points and the over on the point total.

Both teams enter Thursday night’s game red hot. Kansas City has won seven of their last eight games while Oakland has won six straight games. The two teams squared off in mid-October in Oakland, and the Chiefs came away with the 26-10 road victory.

The matchup to watch is the Raiders offense against the Chiefs defense. Oakland has scored 30 or more points in five of their last six games. For the Chiefs, tight end Travis Kelce presents matchups problems for the Raiders defense.

Heavy likes the Raiders to steal a win in Arrowhead. The way Derek Carr and the Oakland offense is humming along, it will be difficult for the Chiefs offense to match. 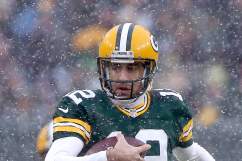