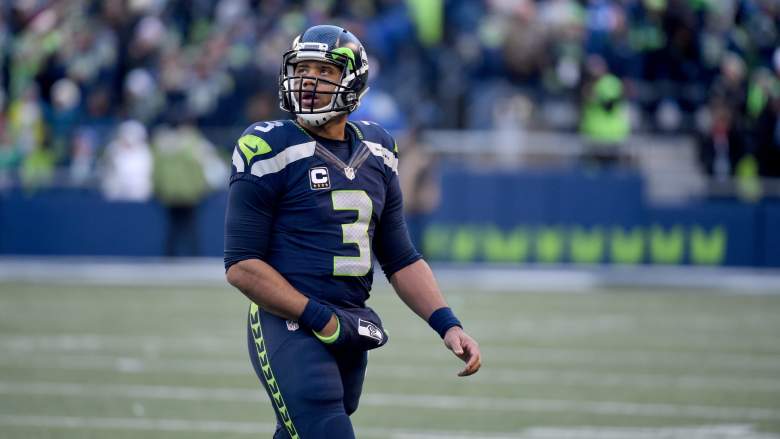 For as inconsistent as the Seattle Seahawks have been this season, they’re still going to the playoffs, and they’re still guaranteed at least one home games.

Still, though plenty of variables remain heading into Week 17. Seattle can earn a first-round bye with some help, while there remain a number of different options for their first opponent.

Here’s a complete rundown of the different potential scenarios:

Here's the updated NFC Playoff Seed grid from my friend @Ivan_Urena1 (this assumes no ties). WAS is in w WIN unless DET-GB tie. pic.twitter.com/HOITuJcrKb

This is obviously the most likely scenario, as the ‘Hawks are 10-point favorites to hand San Francisco its 14th loss of the season.

Should Pete Carroll’s squad win, it would be guaranteed at least a Top 3 seed, but in order to jump up to No. 2 and receive a first-round bye, the ‘Hawks would need the New Orleans Saints to also beat the Atlanta Falcons. Although only 4-3 at home, Atlanta is favored by seven in that one.

If the ‘Hawks and Falcons both win, Atlanta gets the No. 2 seed, while Seattle would host the No. 6 seed, which could be the Washington Redskins, Detroit Lions, Green Bay Packers or (tiny outside chance) Tampa Bay Buccaneers. The most likely opponent would be the Redskins, who just need to beat a Giants team with nothing to play for in order to secure the final wild-card spot.

If Seahawks Lose to 49ers

On the outside chance the Seahawks lose to San Francisco, they would fall to the No. 4 seed regardless of other results. In that scenario, they would host the New York Giants in the wild-card round.

The Seahawks and Giants haven’t played since 2014.

Read More
NFL, Seattle Seahawks
The Seahawks playoff seeding and opponent all comes down to Week 17.