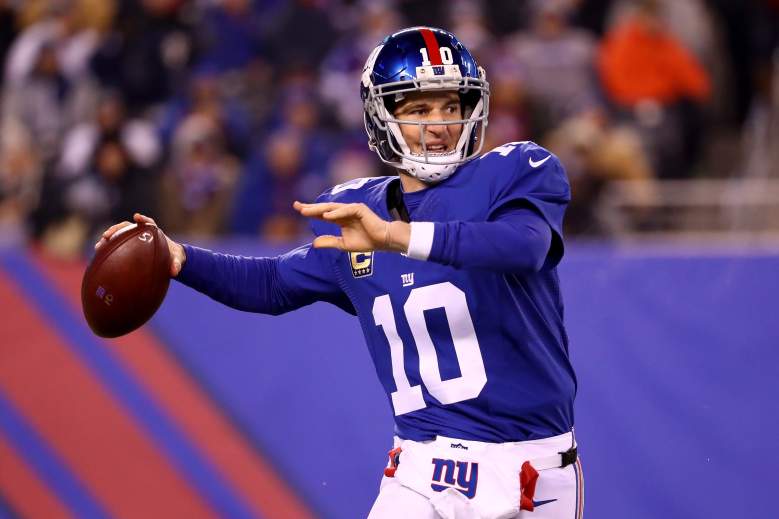 Eli Manning and the Giants take on the Eagles tonight. (Getty)

Thursday Night Football features the New York Giants and Philadelphia Eagles. NFL Network and NBC will both have tonight’s broadcast with kickoff slated for 8:25 p.m. Eastern.

Line: Giants by 2.5 (Line is according to OddsShark and subject to change.)

Game Preview: It’s been a rough stretch for the Eagles who have lost their last five games. Philadelphia lost their last two matchups in heartbreaking fashion by a combined six points.

It’s a much different story for the Giants who have won eight of their last nine games. New York is firmly in the playoff picture and even has an outside chance of winning the division with some help from the Cowboys. The Giants are coming off a difficult stretch of games where they faced the Lions, Cowboys and Steelers.

These two teams faced off on November 6 and the Giants won 28-23. Rookie quarterback Carson Wentz was able to throw for 364 yards in the earlier matchup but failed to complete a touchdown pass. He has struggled with turnovers over the last month. Wentz has thrown eight interceptions in five games. Wentz will have to overcome an improved Giants pass rush if the Eagles have a chance at ending their losing streak.